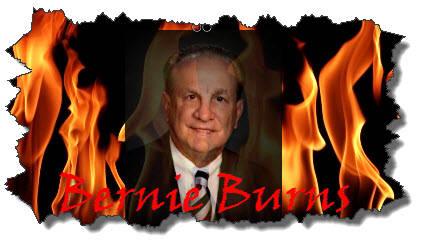 Perhaps, two of the most contentious, yet exciting elections to take place in Louisiana in modern history was last year's Governor's race--John Bel Edwards versus David Vitter and the 2014 US Senate race in which Republican Bill Cassidy ousted incumbent Democrat Mary Landrieu.  This year, there is another major election, come November 2016, for U.S. Senate, to fill the vacancy being left by Vitter, who decided not to run for re-election after losing to Edwards.

So far, the difference is night and day.  While both of those elections made the daily news, so far, the US Senate race is a snoozer.

But, this is Louisiana politics and both money and power are on the line.

One of those political experts who many of the politicians and monied people (and many others) listen to as he provides polling and analysis is Bernie Pinsonat of Southern Media and Opinion Research.

Yesterday, we posted Part I of a recent interview with Pinsonat which focused upon the just-completed Louisiana legislative session.

In part 2, below, in this installment of "Bernie Burns", Pinsonat awakes us from our US Senate election slumber by responding to our question about the upcoming contest:

BAYOUBUZZ: Now focus now turns onto the Louisiana US Senate race and the Presidential election.  Your last poll showed that Treasurer John Kennedy was way ahead of the pack in name recognition, but other candidates would be getting out more in the upcoming months which could narrow the gaps.  Considering the legislative session, the issues in the Presidential election and other factors, how does this year's race compare to last year's governor's election?  How are they different?

PINSONAT: There are similar comparisons from last year’s governor’s race. Again, a republican is expected to win –three of the republicans are elected officials with plenty of dollars to spend. Will republicans destroy each other and give another election to the democrats?  It is on the democratic side this year is different.  Not one, but two democrats are candidates and both can raise enough dollars to compete. Blacks will amount to about 28% of the voter turnout – if the two democrats split this vote it does allow for the possibility of two republicans in the runoff.

With Governor Edwards support, Foster Campbell should get the lion share of black democrats and eliminate that possibility.  Fayard is absolutely the better candidate, but without black support she is unlikely to make runoff.

Treasurer John Kennedy is the early favorite period– as was David Vitter at this time last year. Of course no one is waiting on the ads to begin attacking Kennedy because of some past admitted sin. John Kennedy is very popular with the vast majority of republicans in any survey. Kennedy’s name has become synonymous with the catchy phrase – we have a spending problem, not a revenue problem. Certainly a sellable slogan that applies to the national budget.

Kennedy certainly played a major role for republicans as he was a constant critic of newly elected Governor John Bell efforts to raise taxes. A SMOR survey in early February had Kennedy at twenty-one percent – by May he had climbed up to thirty-one percent.

Kennedy’s major opposition comes from two sitting congressmen – John Fleming and Charles Boustany. Twenty years ago ,congressmen were considered serious heavyweights to win any statewide election they entered. Certainly John Kennedy is no cinch – both congressman are capable candidates, but for congressman to tells us they made a huge difference in D C and now deserve a promotion to the U S Senate could be a tough sell back home.

Of course Rob Maness the non-politician is running again. He finished third two years ago because he was considered by his voters the most conservative candidate. No candidate for the senate is further to the right than Congressman John Fleming. Two years ago the only thing Rob Maness accomplished was to cause a runoff which I predicted.