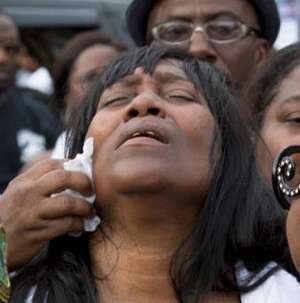 There is a perception around the country that high profile shootings are considered the norm in Louisiana. Nine police officers were killed in the line of duty last year, more than in any other state in the nation. New Orleans regularly heads the list of the highest murder rate in the country.  Now, my hometown of Baton Rouge is headlined in news coverage across the world as two white local police officers were involved in the shooting of an African-American man selling CDs outside a convenience store.

There were numerous witnesses and several videos that are all over the Internet.  The videos show a struggle, a police officer hollering “He’s got a gun,” and then multiple shots being fired.  The 37-year-old male named Alton Sterling was dead at the scene.

Sterling was no role model in the community.  As the Baton Rouge Advocate reported,
“Sterling’s life was punctuated by a rash of jail terms stretching back to 1996, including an encounter with police similar to the one that ended in his death.”  He was a registered sex offender and had served jail time for possession and distribution of drugs and illegally possessing a gun.  He had lots of problems.

But should he have been killed while resisting arrest?  The FBI is now involved and all this is to be sorted out in the weeks to come.  The city is on edge and the Governor, the Mayor and a host of city and community leaders are calling for calm in the wake of the rioting that took place in Ferguson, New York and Baltimore.

I was a guest on a statewide radio program this week and a caller asked what she should tell her kids if they are confronted by a police officer. I answered that I have counseled my family members to do everything possible to defuse the situation.  If you or your child is unjustly accused or mishandled, there will be a later time to air one’s grievances.  But not in the heat of a confrontation.

Maybe the victim is not the perpetrator and perhaps the police are being overbearing and too demanding. So you have to make a choice. Confront, argue and oppose the orders of the police, or try to calmly defuse the situation even if you feel you are in the right.  Alton Sterling chose confrontation, and now he is dead.

When I was serving as Secretary of State back in the 1980s, I was driving home late one night through St. Landry Parish, when a local police officer pulled me over for speeding.  He ordered me out of the car, and to get down on my knees with my hands in front of me.  He proceeded to search my state car without any justification while I lay prone on the gravel for some 10 minutes.  I was livid, and was on the verge of telling him off.  But a cooler view prevailed and I just kept quiet.  When he finished his search, he began to realize his overreaction and apologized.  His boss called the next day to express his regret and assure me that his officers needed more common sense response training.

I’m not suggesting that a citizen who feels aggrieved should not protest what they feel is abuse and overreaction by police officers.  I certainly would.  File a complaint, get a lawyer, start a petition, organize a protest, call on the ACLU, call the mayor and the chief of police.

But in the heat of a confrontation, especially at night, use some common sense and consider the consequences.  You can raise a ruckus by clashing with the police.  Or you can live to fight for your rights on another day.  Even if Alton Sterling was in the right, he won’t be around for another day.