Embarrassing Trump Clinton debate, an omen to a gathering storm 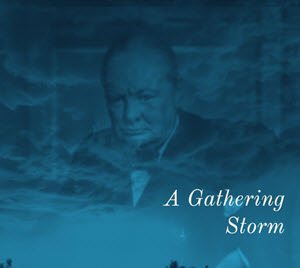 For a student of American history, the current election cycle has been most depressing.  Generally the candidates for office participate in debates where they aggressively challenged one another over ideas and promises for the future.   Voters tuned in to educate themselves about the candidates and their agendas in order to determine for whom to vote.

When one compares the drama of the “Lincoln-Douglas” and “Kennedy/Nixon” debates to what is occurring today, Americans must be embarrassed.   The majesty of the exchange of ideas has been lost as both candidates attempt to destroy the other through innuendo and outlandish attacks conducted by surrogates.

We are not hearing a discussion about the important issues that confront the world today.  We are hearing about the more sordid aspects of people’s lives. This is not only discomforting to watch, it sends a terrible message about the state of the American democracy.

We live in a troubled world.  The international debt exceeds $152 TRILLION and our national debt stands at $20 TRILLION.  Our economy is stagnant with little hope of improvement. A significant percentage of Americans do not even have $1,000 in savings having to depend upon credit cards to meet an emergency.  Too many lack meaningful occupations.

Internationally, the world is in chaos.  Not only are China and Russia flexing their muscles, but rogue states like Iran and North Korea persistently test the patience of peace loving people around the globe by playing with weapons of mass destruction.  India and Pakistan, two nuclear powers, could slip into a major war over Kashmir.  International terrorists plague most nations of the world, and the Middle East has descended into a bloody religious war between Shia and Sunni Moslems.

The continent of Africa is in total chaos with revolutions and Islamic terrorism while the European Union deteriorates as the dreams of “globalists” have crashed on the rocks of their own greed.

If ever there was a time for leadership from the world’s leading democracy, a time to lay a steady hand on the helm… it is now.  But America has lost its way.

President Obama’s stated philosophy of “leading from behind” has worked out as foolishly as it sounds.  No general leads from behind unless he has no intention of fully engaging his opponents.  America has not fully engaged in any foreign policy initiative for the past eight years, other than orchestrating the overthrow of some long allied governments.

As the Obama administration comes to a close the world should be intently looking at America to determine who the new national leader will be.  What new philosophy will be advanced? What policies implemented to achieve international stability?

Sadly, for the first time in recent history…America has failed.   Neither candidate being advanced for the Presidency is a statesman.  Both lack basic requirements.  One is an ethically challenged, lying, grifter from Arkansas…a carpet bagger driven by ambition and greed.  The other is a raging egotist with a penchant for outlandish outbursts who lacks any experience in governing.  Neither have displayed a coherent agenda for national or international security.

Both candidates are polling with overwhelming unfavorable numbers.  Result: voters find themselves making a difficult choice.   They must determine which one of the two will do the least damage to our national reputation and the structure of our long cherished democracy if elected.

At a time when the world most needs leadership from the United States, America has little to offer.  The next four years may prove the most critical in world history, and this is our choice for leadership.  To those who mistakenly believe that world wars are behind us, remember that what we later called World War I was at the time termed “the war to end all wars”… food for thought!

In the words of Winston Churchill I sense “a gathering storm.”

Ron Chapman is a columnist, historian and businessman from Chalmette Louisiana

More in this category: « Trump vs. GOP: Turn out the lights, the Republican Party is over Follow the Louisiana US Senate campaign money for Super PAC ads »
back to top