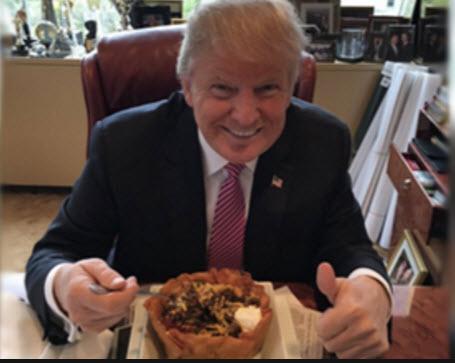 The latest employment report will be the final economic indicator Americans will receive before the election.

Even more troubling, 425,000 people left the workforce altogether, giving us a labor force participation rate of only 62.8%, very close to the all-time low rate of the 1970’s.

While wages increased slightly, the average work week was stagnant at only 34.4 hours.

Not surprisingly, liberal economists are heralding the report as another indication of a growing economy. Sadly, nothing could be further from the truth.

Per the household survey, the number of full-time jobs decreased by 103,000, while part-time positions increased by 90,000. This is another horrible consequence of Obamacare which mandates that employers provide healthcare to any employees working more than 30 hours per week.

There are now over 8 million Americans forced to work multiple jobs just to survive, which is the largest number of part-time workers since 1996.

One sector hit especially hard in the last month was manufacturing which lost 9,000 jobs. These are jobs which are not coming back to this country unless we elect Donald Trump as President. He is pledging to renegotiate or withdraw from trade deals which have been so harmful to our country. Since China was allowed into the World Trade Organization, America has lost an astounding 70,000 factories.

In reviewing the overall economy, we clearly have some disturbing patterns. We have traded well-paying manufacturing jobs for service sector jobs, such as fast food positions at Taco Bell, which just announced they will be adding 100,000 new jobs over the next six years.

While this is good news for fast food lovers, it is not indicative of a healthy economy.  It reflects the fact that Americans are buying cheaper meals and being forced to take service sector positions, the only type of jobs available in this Obama economy.

With more Americans working multiple jobs or forced to survive on fast food salaries, it is no wonder that our home ownership rate is now at a 51-year low.

With such a weak economy, it is essential for Americans to elect Donald Trump, the only candidate who can bring real growth to our economy. His plan to cut taxes and regulations are just what American businesses need to be competitive and grow.

It is another reason why this election is the most consequential in our lifetime.