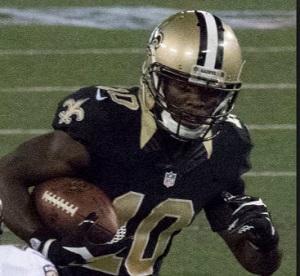 by Jim W. Miller
Once again, we are confronted with one of those conundrums (conundra?) of sports: Logic or Emotion? We know that emotion is quick and loud: “WHAT, ARE THEY CRAZY? HOW COULD THEY…” Emotion is your nosey neighbor’s reaction when the leaves from your magnolia tree litter his yard. Emotion is our immediate reaction to something we had never considered and immediately sounds like the dumbest idea we ever heard.

You remember the guy in your office who had this little gizmo the size of a Cracker Jack box that weighed two pounds and he carried in his brief case that meant he could get telephone calls no matter where he traveled? Nah, you said, that’s stupid. Too expensive, too unwieldy, too much trouble. But after the second guy in your office got one and then the third, you thought about it, and suddenly that portable telephone idea might not be a bad idea. Until you told your wife you were buying “A WHAT?” and you had to sit on it for a while. But, eventually, it made sense when she learned she could call her Aunt Harriett from the grocery, and today do you know anybody who has a mobile phone they use only for phone calls? No, because it has spanned the gap from an emotional rejection to a logical purchase.

Logic is dull and plodding, like your favorite uncle, the guy with the pipe and pocket square who greets your invitation to go kayaking down the Amazon: “Hmmm, let me consider the existential ramifications of this for a moment. Hmmm …” So in that context, let us consider the Saints’ offering Brandin Cooks on the NFL’s Craigslist with the caption: “Best offer.”

When I heard the news, my reaction was purely emotional. “What? Why get rid of the team’s only downfield threat?” The long ball opens up the middle, which is why Saints’ tight ends and running backs have racked up years of receptions in the intermediate 10- 20 yard zone. Cooks sprints down the field, usually taking two defensive backs with him, which leaves a big open space for Drew Brees’ shorter darts. And every once in a while Cooks just flat outruns the other guy and makes a home run play, as he did last year when he grabbed the NFL’s longest pass play of the year, a 98-yard touchdown against Oakland.

So, my emotional side says, why would the Saints give all that away? Then sit back and look at it logically, like an investor who seeks to double his money. Smart investors know the market, see the trends and then hope for a sizable return, which is what the Saints appear to be doing. They looked at their defense, which has been held together recently by duct tape and bailing twine, and decided to seek something more permanent. Cooks as a major talent, but one that can be replaced if you believe Brees will continue to prosper by finding whomever is open.

If the Saints believe enough difference makers exist within the draft slots they might get in return - the two most avid suitors appear to be Philadelphia with pick No. 14 or Tennessee with No. 18 - then go for it. If they can get two defensive starters with their own No. 11 and another high pick, and they can replace Cooks’ catches, then it’s logical. But if it doesn’t work, emotions will run wild!