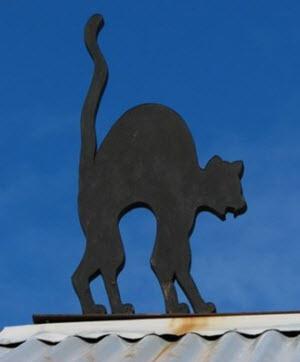 Over the past few days, some protectors have reached out to like-angry defenders of the Confederate cause, encouraging outsiders to come down to the city to show support to maintain the statues and the honored values of the past.  As early as this very morning, I received in Facebook Messenger, a post from a woman with no connection to Louisiana.  Her face was surrounded by the Confederate flag.  She exclaimed help is on the way, anything for the cause.

On the other side of the online Mason-Dixon line are those who see the dangerous rebirth of hate, of white supremacy and revenge. They also have a purpose.  They are fighting against the battle cry of the "South will rise again", but this time, on the digital war place of online combat, certainly not Gettysburg.

To many of them, there is no middle ground.  Those who defend the stones of Lee, Beaureguard, Davis and the blood of the liberty insurrection are 21st-century racists, nothing more, nothing less.

And so I've wondered.  I know why many of those who plea for the removals of the historical edifices of yesterday want to rip away all vestiges from the vilest moments of the American past.  For the most part, their objects are plain and indeed noble for seeking a higher cause of human dignity.

But, I ask--is it fair and accurate to label and denounce those who stand to honor the blood of their ancestors, who fought for what they felt to be a just belief system?  Is it fair to color any and certainly all of the monument defenders as lowly heirs to bigotry gone by?  Or, are there other forces present, something I don't understand or feel? Forces that transcends the obvious and rank charges that the practices by a population who preserved an economic and social caste system were so evil that any support of that history, would be equally evil?

So, today, I  reached out to all sides, to try to understand the root emotions for such anger churning and turning friends into foes.  Here is my Facebook post.