New Orleans Saints picks, NFL draft are in the numbers 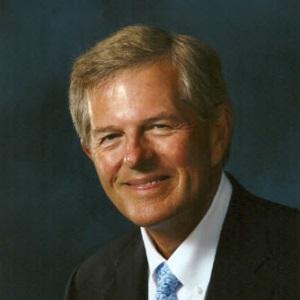 The NFL draft is upon us, and the prognosticators have been busy debating who their local team will select. I have not waded into the debate, but I do have one prediction that is certain to come true: The Saints will actively try to move up or move down through trades. And the key to successful trading is a little-discussed weapon that assures they are receiving value, whichever way they go. The problem is that the other 31 teams have the same weapon.

As the first-round picks start to fall tonight, team officials will start revisiting “what if” scenarios they have been debating since the season ended. Who are the teams immediately in front of us likely to pick? Who might be willing trade partners if a coveted player falls lower than his grade? What will it cost us to trade up? How much can we get if we trade down? As their time on the clock gets closer, they will put two or three names in “the bullpen” and resume the debate on which will be their selection. They could focus on one player, say Tennessee DE Derek Barnett, and hope Cincinnati two slots ahead of them doesn’t pluck him first. Do they try and trade up ahead of Cincinnati or revisit other scenarios on who would be the best alternative if Barnett is gone?Or maybe they call the team that told them they might want to trade into No. 11 if their guy is there. As my almost 3-year-old grandson might say, “so confoozing!”

That is why every draft war room in the NFL will rely on an indispensable dog-eared, well-handled little document and at the same time give an unspoken thank-you to Dallas owner Jerry Jones. The document is called the “Draft/Trade Value Chart,” which assigns a value to every slot in the draft, a radical idea that Jones came up with in 1991. Jones and coach Jimmy Johnson asked minority owner Mike McCoy, who had a special gift for numbers, to analyze the pattern of past draft-day trades and come up with a value chart to help them determine whether a deal was worth it. McCoy ran some figures and plotted a graph, not unlike what he had been doing his entire life in the risky oil and gas exploration business. McCoy worked with personnel director Bob Ackles, and the value chart was born.

The chart ranges from a value of 3,000 points for the No. 1 overall selection all the way down to a 1.0 valuation for Mr. Irrelevant, the 253rd and last player selected. When the Saints are on the clock tonight, you can bet they are consulting the chart to see if they can afford to move up or how much they should demand if they choose to move down. Let’s run some value scenarios to illustrate how it works.

Valuing future draft choices is a crapshoot since you don’t know where you will be drafting until the season is over. That stung the Saints big-time in a notorious past trade. Speaking of which, what do you think the value ratings say about the Saints’ trade up to draft Ricky Williams in 1999? It’s called the worst trade in franchise history – maybe in the entire NFL – but believe it or not it could have worked, according to the chart.

The popular recollection is that the Saints traded their entire 1999 draft for Williams. If they had stopped there, it would have been to the Saints’ advantage, according to the chart. The No. 5 slot they acquired from the Redskins was worth 1,700 points, and the No. 12 pick they gave up was worth 1,200 points. Their other five slots combined were worth only 371.7 for a total of 1,571.7 points. The problem was that the Saints didn’t stop there. They also traded their first-round and third-round selections in 2000.

That would have blown up the value chart even if the Saints had won the Super Bowl and their 2000 picks would have been valued at only 590 points for the No. 32 pick in Round 1 and 116 points for the No. 96 pick in Round 3. But after going 3-13, those picks became the No. 2 overall (2,600 value) and No. 64 overall (270 value). Add up the numbers, and you could argue that the Saints actually traded away value equaling two drafts for Ricky. Although Who Dat Nation never forgot that trade, they forgave it somewhat after the team drafted Deuce McAllister in the 23rd slot of the 2001 first round, a chart value of 760.

The Saints likely will make some moves in the next couple days in an effort to bolster the pass rush, secondary and offensive line. When it’s all over, you can Google “NFL Draft/Trade Value chart” and see for yourself if they received adequate value for their deals. Chances are the final result will fall somewhere between a Deuce deal and a Ricky disaster.