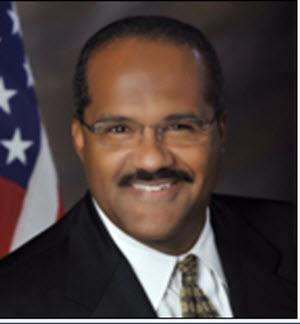 The Louisiana legislature is now approaching its second half, a budget has moved out of Republican-dominated-House Appropriations, one that saves the popular TOPS higher education program but which also makes serious cuts to higher education and health care.  The legislation moves to the House of Representatives floor and then, once approved, onto the Louisiana Senate.

One of those Senators who will be debating the budget instrument is Troy A. Carter, a Democrat, from New Orleans.   The Senator and I discussed the serious and annual budgetary issues during a Facebook Live interview Wednesday morning that was broadcasted on Bayoubuzz and on timelines, pages and groups.

Carter has a long history in government, politics, and business.  He has been a member of the New Orleans City Council, a member of the Louisiana House of Representatives and now, a state Senator.

He said the State of Louisiana is “roughly 400 million dollars upside down” and that we have “very very much needed funding issues like funding hospitals and funding schools and now waivers for disability disabled communities”.

Carter said “We're still in pretty difficult waters and we're going to have to come up with meaningful solutions that stops kicking the can down the road and passing the buck, and at some point, the time comes that we do the job that we were sent here to do, that is to make the appropriate cuts, increase revenues where they’re needed and make sure that we provide the services for the people in Louisiana.

At the present time, the House Appropriations Committee believes that increasing revenues are not needed and in fact has proposed roughly $230 million dollars in cuts yet still pay for the popular TOPS program that provides free college tuition for those who qualify based upon scholarship.

The Senator, however, believes that TOPS is definitely wanted and is a great program, but that the current Appropriations Committee budget hurts those people who depend upon other vital services such as the poor and the elderly.

He also believes that the state should adopt his solution he offered last year, that is, to call a constitutional convention, where these chronic issues can be worked out.  Last year's effort failed and as a result, Louisiana not only has to balance the budget this year with the expected four hundred thousand dollar deficit but must watch its footing even more so, next year, when the state faces an even more treacherous fiscal cliff.  Next summer, nearly 800 million to one billion dollars in revenues from a one-penny sales tax increase sunsets. That temporary penny sales tax was approved last year and had the support of various groups including the business lobby, the Louisiana Association of Business and Industry.

How does Senator Carter recommend that Louisiana resolve the chronic budgetary crises?  How does he feel about the fully-funding of the free-tuition TOPS program when other important programs are going underfunded? Why does he believe a constitutional convention is absolutely necessary? What does he think about the current legislative political climate compared to that of the past? Is he willing to extend the one-penny sales tax or let it expire?

To obtain answers to those questions, click on the video above to watch the entire interview.

If you want to receive an unedited rough copy of the transcript, please click here and we will send it to you.

More in this category: « Democratic Party would make monumental error to choose Mitch Landrieu for President Louisiana's AG Jeff Landry's office to investigate killing of Alton Sterling »
back to top