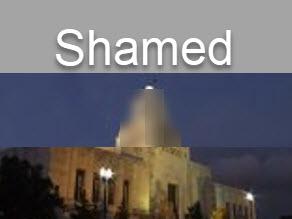 It was as if the members of the Louisiana House of Representatives were having a good time in Baton Rouge and did not want to go home.
With a threat of a Special Session hanging over their heads immediately following the Regular Session, House members refused to compromise with the Senate’s budget plan.

The bone of contention was the Senate’s spending of $206 million in a budget of $29 billion.  House leaders had fought throughout the two-month Regular Session to place $206 million on reserve as a cushion in the event of a midyear budget deficit.
The Senate, on the other hand, spent its time opposing efforts to withhold existing dollars from state education, corrections, social services, and healthcare programs.  The Senate plan also included a two percent pay raise for state employees.
The final day of the Regular Session began with optimism, but quickly evolved into a day of frustration.  House Appropriations Chairman Eric LaFleur said the House adjusted its budget to include $100 million in agency cuts, sort of splitting the difference of the $206 million the Senate budget included.
The Senate rejected the proposal and the Regular Session ended without a budget being passed.  That triggered a Special Session as was threatened by Gov. John Bel Edwards.  So the Special Session begins with the House and Senate deadlocked over how much money to spend starting July 1.
“Nobody can pretend this was a good day for Louisiana,” Edwards said at a press conference on Thursday night.  “The budget agreement was not met and we’re now headed into an unnecessary and costly Special Session where the options before them won’t be any different than they were.” he added.
The Special Session convened at 6:30 p.m. on Thursday, June 9.  But is what some viewed as a slap at the governor, within 20 minutes both chambers adjourned until Monday, June 12.
As we reported last week, the cost of a Special Session is about $25,000 per day in the Senate and $35,000 in the House.  The cost per day includes per diem, additional desk staff and support staff wages, staff overtime, and travel allowances.

State gets low ranking
A recent study is not good news for the state of Louisiana.  The state’s economy comes in as the second worst among the 50 states and the District of Columbia.
The study was conducted by WalletHub, a financial website.  WalletHub’s analysts looked at three key dimensions:  1) Economic Activity, 2) Economic Health and 3) Innovation Potential.
It evaluated those dimensions using 27 relevant metrics.  Each metric was graded on a 100-point  scale, with a score of 100 representing the highest economic performance.
The study highlighted Louisiana’s lack of potential for innovation in the high tech field because of its problems in education and unemployment.
While Louisiana’s economy is based on agriculture, other state’s have moved toward a high-tech economy.  Louisiana does not have enough opportunities in education to train such a workforce, according to the study.
Only West Virginia ranked lower than Louisiana.  Other states in the lower ten were Mississippi, Arkansas, Oklahoma, Alaska, Maine, Kentucky, Wyoming, and North Dakota.
Louisiana Economic Development Secretary  Don Pierson says there are positives and hope ahead.  He pointed out the unemployment rate has fallen a half-percent and there are other opportunities that have come to or are coming to the state.

Monument removal costly
The ongoing discussions about the removal of the Confederate monument on the Caddo Courthouse grounds continue with the Caddo Commission having the final say.
Estimates to remove the monument have ranged as high as $1 million.  To get an idea of the cost, one only needs to look at the city of New Orleans, which removed four Confederate statues..
New Orleans officials reveal that the removal of the four statutes had a price tag of $2.1 million.  They say the city spent $! million in taxpayer money, and the rest came from private donations.
The monuments removed were the statues of Robert E. Lee, P.G.T. Beauregard, Jefferson Davis, and the Battle of Liberty Place monument.
The decision of the Caddo Commission is anxiously awaited.  No timetable has been set.