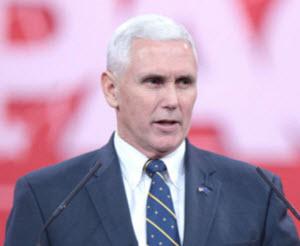 Where does President Donald J. Trump go from here? After repeates re anything to Russia, there it stood in the doorway like an uninvited guest. Trump Sr., presently, is defending a secret meeting Don Jr., arranged with Russian agents and the President’s top election people eager for secrets. Forced by the New York Times, Jr. released an email chain that stretched from Russia’s top prosecutor to Trump Tower.

The White House’s puppet spokespersons, Huckabee Sanders, Spicer, and Conway, have given way to lawyer press agents. The lawyers, however, can’t change the underlying facts and their talk serves to reinforce the impression that something’s very, very, wrong in the White House. This is thanks to a particular friendship that needs no elaboration.

Described by President Obama as a second rate power, Russia’s disruption of the 2016 election showed an unimaginable level of penetration into our political infrastructure. Whether or not Vladimir Putin elected Donald Trump is beside the point. Russia has driven a wedge in the country, paralyzed Congress, and coarsened public discourse. It doesn’t matter who won. The Red menace showed it doesn’t need sabers to conquer fearsome foes.

It’s the fault of others, of course, this Russia thing, Trump and surrogates say so. Blame the media. FBI Director James Comey wrote memos he never should have written. Democrats are sore at losing. Hillary is worse than the President. Leakers break the law so what they say doesn’t count. Nothing illegal happened. There was no treason. These are not normal topics, particularly, when missiles are aimed at our shores.

Instead of containing North Korea, Trump has saddled the U.S. with a long narrative focused on “collusion” with an ambitious, long-standing enemy. Call it what it is, if proven: an attempt to aid and abet, before and after the fact. Only Trump won’t admit there was a foreign espionage campaign against America. Maybe, it’s so because he wasn’t passive. This isn’t voodoo economics, over promising, or funny money, it’s national security and, for the American people, it’s about peace of mind.

Before this gets worse, it’s time for Trump to cut a deal, pardon everyone, and retire to Mar-a-Lago to duff. The Republican Party will be better off with President Mike Pence, parenthetically, more conservative than Trump. Speaker Ryan works, too. Neither will elevate their less colorful personality above the office like Trump

Russia has deserted Trump by releasing damaging information, slowly and methodically, over time. The President has nothing more to give. Russia, predictably, damaged the West, again. If Trump did nothing wrong, the President should be incensed at Russia. That he remains in denial doesn’t bode well for him, or democracy.

More in this category: « What did Obama do (vs. Trump) to combat Russian interference in US elections Team Trump break law--June 2016 meet? Common Cause discuses FB Live, TODAY »
back to top