Trump ban of Transgenders in military service, right call, despite some LGBT anger 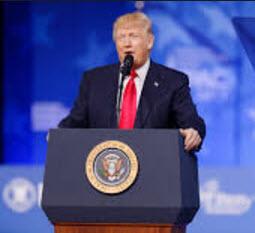 The entire transgender issue only impacts a minuscule percentage of Americans; however, in the Obama administration it received an incredible amount of time and attention. For example, the Obama Education Department issued a directive mandating that public schools accommodate transgender students and allow them to use the bathrooms and locker rooms of their choice. One of the many problems with this directive is the impact on other students, especially if the “identity” of the transgender students changed before any operation had been conducted to officially to change genitalia. If enacted, the policy would have resulted in innumerable cases of embarrassment, harassment and trauma for innocent students. Fortunately, a Texas federal judge upheld an injunction which banned enforcement of this policy. Furthermore, several weeks after President Trump was inaugurated, his administration officially ended the misguided Obama transgender policy.

In making his announcement today, the President undoes another ill-advised policy he inherited from his predecessor. Under the Obama administration Defense Secretary Ash Carter, transgender individuals were not only allowed to serve, but the military paid for the cost of their expensive surgical procedures, which can tally more than $100,000 per person. Thus, the President noted in his tweet, that the U.S. “cannot be burdened with the tremendous medical costs” of these procedures.

According to estimates, there are currently 250 U.S. military personnel undergoing gender transition. Thus, the costs could exceed $25 million for this group alone. The total price tag for these procedures could have skyrocketed if the President had not acted. The Rand Corporation estimates that at there could be as many as 11,000 transgender service members in the active and reserve forces.  It is difficult to be exact with at least some service personnel being reluctant to discuss their gender preferences.

With his decision today, the President has ended the unnecessary confusion. Along with saving taxpayer dollars, the President noted that having transgender military personnel is a “disruption” that the U.S. military can ill afford. As the President tweeted, our defense forces need to be “focused on decisive and overwhelming victory.” This vital mission should be the only concern of our military, not distractions involving gender uncertainty and transition. While the President will receive some criticism from the LGBT community, this decision is not only in the best interest of our military, it is also in the best interest of the United States of America.