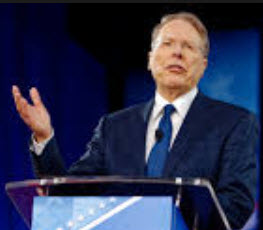 After every deadly atrocity, like a school shooting, there is passionate debate about how to keep guns out of the hands of those who’re unstable, inherently violent, negative fame-seeking, or disaffected enough to kill. A solution is hard to find, and a major problem is that as soon as one class of weapon is banned manufacturers will develop an unregulated alternative.

There is, approximately, one gun for every man, woman, and child in America. With that many firearms a fair number are bound to be owned by those who’re mentally ill, or otherwise unsuited to possess a weapon.  Further, firearms are sold every day on the streets, and outside the purview of law enforcement and government. This is unlikely to change any time.

The president’s son, Don Jr., has weighed in on the topic but anything he says is colored by a history of killing elephants, large cats, and other scarce species in Africa. Jr. is, also, an advocate for more availability of silencers, to protect hearing, diminish recoil, and “to get kids into the spot.” By speaking out in the aftermath of the St. Valentine’s Day Massacre of 17 students in Florida, he has reminded people that he’s killed elephants just for their tails. He should shut up.

Few doubt that automatic weapons are unsuited for hunting. Their purpose is to kill people with the greatest efficiency possible. The NRA has been loath to support any regulation of firearms on the grounds that tighter gun laws could have a creeping effect that would lead, ultimately, to confiscation. In support of this position, the NRA, and individual gun owners, refer to the 2nd Amendment’s affirmation of the right to bear arms. This overlooks the fact that at the time of the Amendment guns were black powder contraptions bearing no resemblance to today’s firearms.

To prevent school shootings, some have advocated arming teachers, though many schools are on sprawling campuses, few teachers have ever fired a weapon, and many are old, making them soft targets, armed or not. There is the fact, too, that a .22 is no match for a .45, which is no match for an automatic weapon. To prepare for any eventuality, teachers would need grenade launchers, or flame-throwers. Also, banning gun ownership by mentally ill people would require mental status examinations, and periodic follow-ups, of everyone in America. This raises questions about potential effect on employment and stigmatization. Notwithstanding difficulties, discussions are timely.

Topics raised should include limits on sales of automatic weapons, and embargo of certain types of guns for other than military uses and expanded buy-back programs. Addition of harsher penalties for possession by certain classes of citizens is, also,  worth consideration because to do nothing is irresponsible. Reasonable gun control is what deserves our thoughts and prayers because for the dead they’re too late.