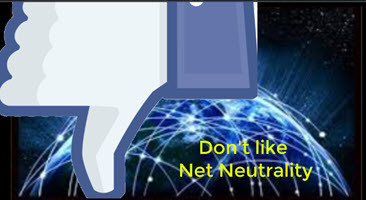 While the whole circus generated a chorus of clicks, and plenty of reasons to give an “angry” face, “heart” or even a “haha,” it also raises some thoughtful questions of Congress’s role in regulating the Internet in general.

Congress is right to take a closer look at this social media network and how our data is used by all that hold it. This review must be thorough as a matter of protecting privacy, consumer welfare and national security. But Congress should also be careful not to fall into the trap of over-regulating when it comes to Internet usage.

According to a recent national Internet ranking, Louisiana ranks 23rd out of 50 states in what the survey calls “ultra-fast” Internet access. This is advanced service with speeds of one gigabyte per second – enough to download a two-hour HD movie in about the time it takes to read this sentence.

This level of speed and service is exactly what is needed to compete for investment in the new economy. Access to other high-speed tiers of service have us on par with states like Virginia, Michigan and South Carolina. This level of high-speed Internet service, especially in rural and underserved areas, helps economic and job growth, healthcare access, worker training and numerous other market possibilities that require fast Internet service.

This momentum did not occur thanks to a heavy-handed government approach, rather; it is from a competitive and robust technological marketplace that continuously evolves each day. This vibrant market must be protected, and any governmental efforts to throw obstacles in its path must be stopped.

One example of such a threat is a partisan attempt by some in Congress to restore one of the most damaging technological, regulatory abuses of the Obama administration.

Back in 2015, the Federal Communications Commission (FCC) upended decades of successful, bipartisan policy by approving a dramatic extension of federal regulation over the Internet.

They did this in the name of “protecting neutrality,” but the results were anything but neutral. Costs rose, and so did delays in high-speed deployment. Lawyers suddenly had to weigh in on technical decisions that previously were resolved by engineers.

Even worse, in the years after the rules went into effect, the U.S. saw its first-ever decline in Internet investment outside of a recession and in 2017, broadband investment was actually lower than it was in 2015.

The pain was especially hard for rural communities where these new rules forced suppliers to cancel or scale back efforts to deploy high-speed Internet service. As a Crowley, La. Internet provider explained in a joint statement last year; the impact was to “delay build-out to unserved areas and service to small businesses and residential consumers.”

Last December, the FCC, under new leadership, agreed to cancel this federal overreach and replace it with a more reasonable approach. While thankfully cooler heads prevailed at that time and these destructive policies were rescinded, there is now once again a move afoot in Congress to restore some of these rules. The vote is apparently closer than it should be – a surprising development given the overwhelming evidence of problems with the previous rules.

For Louisiana, restoring heightened federal control over our high-speed Internet service would be a disaster on many levels. About a third of Louisianans live in small towns and rural areas, a much higher percentage than the national average. Those residents’ ability to access the best in healthcare, education and other necessities increasingly depends on having quality high-speed Internet service. A vote in favor of restoring the overreaching rules would once again slow Internet investment and build out, negatively impacting a significant portion of Louisiana residents.

We urge our entire congressional delegation to resist any efforts to reimpose net neutrality rules. Governmental micro-management of the Internet was a bad idea when first imposed by the Obama Administration, and it remains a bad idea today.  Consumers across the country are starting to reap the benefit of a technological evolution that stems from healthy and competitive markets rather than bureaucratic federal regulators. The last thing the market needs is more government…which is a message everyone should be willing to “like” and “share.”
Last modified on Friday, 13 April 2018 18:17
Tweet
Tweet
Published in News
Tagged under