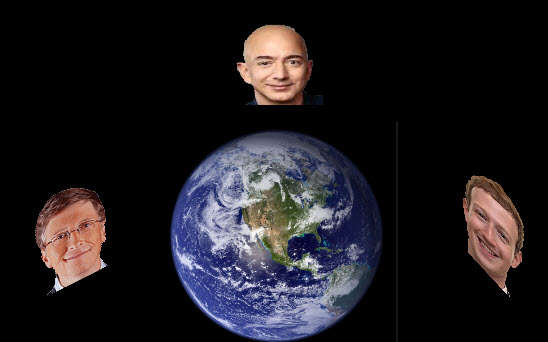 The world is undergoing tremendous changes today and a lot of elements are bringing about this transition. The workplace especially reflects this change.   Here change is a constant, but never occurring so quickly or devastating as today.

Before the Industrial Revolution, the world was populated by craftsman.   Individuals who manufactured products entirely with their own hands applying years of knowledge, training, and talent.  It began with the Medieval Guild system where young men entered the work place as Journeymen, then struggled to become Apprentices, before finally being accepted into the ranks of a Master Craftsman.

Although this removed the sense of ownership a craftsman possessed with his product, the costs were reduced with the result that products became more affordable for a larger segment of the population.

Additionally, once workers became organized and influenced the political system workers’ rights corrected many of the abuses the original industrialists imposed.  The net result was higher wages, shorter working hours, and better working conditions.  This all worked towards building a large Middle Class which in turn demanded more goods and services.

Quality of life improved and population increased tremendously.  Just do a search for a graph of human population growth and note the increase during the Industrial Age. The more people, the greater the demand for goods, the greater number of workers needed.  The Middle Class continued to grow.

Things then suddenly changed.  Technology has entered the picture and with it another quantum transformation in the workplace.  The demand for cheaper products and greater efficiency coupled with advances in computer and robotic technology have created a new dynamic.

Today, automated manufacturing systems have replaced the common worker.  The days when a person could complete high school and find gainful employment in a local industry have vanished.  Blue Color jobs have virtually disappeared.

Today’s workplace demands an educated and trained employee.  Technical knowledge is essential for employment and the compensation reflects that reality.  That is why Community Colleges are finally beginning to be acknowledged as a key component for training.

Sadly, as the world’s population continues to increase, opportunities for gainful employment for the masses have disappeared.   This is a break from the past.  Even service workers in fast-food restaurants are threatened as robots have entered the fray providing a faster pace and more hygienic food processing environment at a cheaper price.  The working class has virtually disappeared and with it the working Middle Class.

What will happen to this mass of humanity that has no means of supporting itself? How will the ever-growing numbers of displaced react?   Will crime, social unrest, violence, extremism, and the potential for demagoguery loom as this growing “Lost generation” turns its frustration into action?  Does this explain the current growth of religious and political extremism, criminal gang activity, and opioid addiction?

Those who have marshalled the technology to start businesses have benefited.  More often than not they reap great benefits.  Just consider Bill Gates, Eric Schmidt, Elon Musk, Jeff Bezos, Mark Zuckerberg...billionaires all.   Today’s entrepreneurs are accumulating vast amounts of wealth far beyond anything imaginable.  Jeff Bezos of Amazon is worth $112 Billion, Bill Gates $95 Billion!!  Their lifestyles reflect this reality.

The accumulation of so much wealth at the top means it is not circulating throughout human society. Instead, the few who possess it re-invest the funds in other more advanced non-labor producing businesses further reducing employment and aggravating the unbalanced wealth distribution…a continuing cycle.

Like at the opening of the Industrial Revolution when the “Robber Barons” took control over the economy and politics, these powerful individuals are amassing similar influence over our lives.   But the vast wealth disparity they have created threatens the basis of the human environment that created that wealth.

The world has entered a new paradigm.  Changes in technology, the workplace, education, and wealth, coupled with an ever-increasing population experiencing social stresses present challenges never before imagined.  How will we resolve these issues?   Can they even be resolved?     Or must we await the fall-out of destiny.

Does Adam Smith’s “Invisible Hand” have a sinister edge?

Ron Chapman is a professor, businessman, artist and award winning writer. He lives in Chalmette Louisiana.