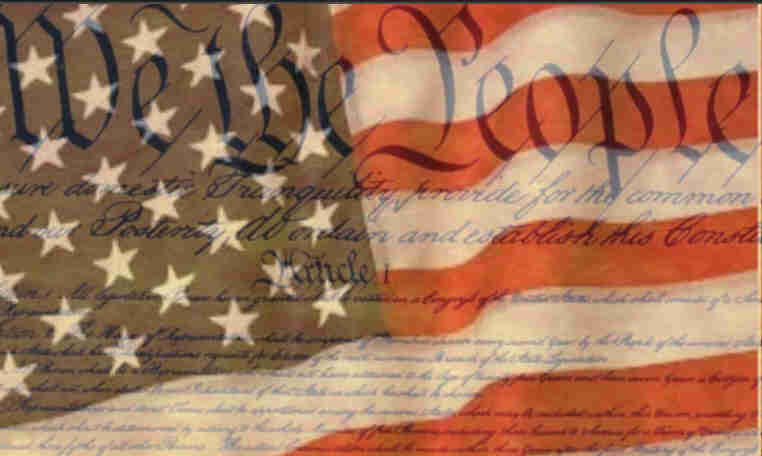 By Stephen Waguespack, President and CEO of Louisiana Association of Business and Industry

Sure, we’ve got some challenges here in America.

One quick scroll through your Twitter and Facebook feeds, and you’re bombarded by opinions on just what the ole’ red, white and blue has to fix. Every day, it seems somebody is newly offended by somebody else, and they are compelled to publicly vent, whine and torment others to make their point. This then triggers an equally emphatic response by the other guy and next thing you know the gripe-fest is off and running.


Too many Americans are starting to miss the point… and falling into the trap of viewing freedom as nothing more than a litany of guarantees. The guarantee to not be offended or overly bothered much… guaranteed immunity to complain about anything without consequence or appreciation of the other person’s opinion… the guarantee that the American dream should come gift wrapped on a silver platter compliments of the hard work of somebody else. I don’t think it used to be this way.

My appreciation is that generations ago, Americans knew this was a land of opportunity, not one of guaranteed outcomes and comfort. They knew what it felt like to fight hard for their freedom, what life would be like without it, how hard it was to attain it, the sacrifice it takes to keep it, the respect owed to those who delivered it and the appreciation of being blessed to live in a country that treasures it so dearly. What happened to that understanding, humility and respect? How can we get it back?

But do we still?

Alexis de Tocqueville opined that “the greatness of America lies not in being more enlightened than any other nation, but rather in her ability to repair her faults.”
But can we still?

America’s stability and strength is not the product of any one person, one political party or any one movement. Rather, it is a product of that ole’ melting pot clearly based in one singular foundation set many years ago. A foundation that begins with:
“We the People of the United States, in Order to form a more perfect Union, establish Justice, insure domestic Tranquility, provide for the common defense, promote the general Welfare, and secure the Blessings of Liberty to ourselves and our Posterity, do ordain and establish this Constitution for the United States of America.”

The freedom that comes with being an American is much more than the right to acquire as much stuff as you can. The freedom of speech guaranteed by our Constitution is much more sacred than just a blank check to criticize others without prosecution. The duty to treat all men and women equally applies not just to those with whom we agree, but also to those whom we vehemently oppose. The motto “In God We Trust” is not merely a suggestion, it is the core belief behind what drove the birth of this nation.

Teddy Roosevelt warned that “the things that will destroy America are prosperity-at-any-price, peace-at-any-price, safety-first instead of duty-first, the love of soft living, and the get-rich-quick theory of life.”

Benjamin Franklin reminded us that “the U. S. Constitution doesn't guarantee happiness, only the pursuit of it. You have to catch up with it yourself.”

That means we as Americans may be blessed with freedom, liberty and the pursuit of happiness, but the duty is ours to maximize that opportunity through our actions and words.  Are we as a society doing that today? Are you as an individual?

This week we celebrate Independence Day. Fireworks will be popped and hot dogs will be served. It is a great week to have fun with the family. But it is also an important week to rekindle a love and pride in this nation that sometimes gets lost in the shuffle of today’s finger-pointing world.

George Washington warned that we should always “guard against the impostures of pretended patriotism.”

Do we truly understand what it means to be patriotic? Do we practice it daily? Are we doing our part to help fulfill the aspiration of Abraham Lincoln when he said, “My dream is of a place and a time where America will once again be seen as the last best hope of earth.”

Do we see ourselves that way today? We should… because I think we are viewed around the world as that shining city on a hill much more than we give ourselves credit.

Martin Luther King said, “The time is always right to do what is right.”

Ronald Reagan zeroed in on the best place to start doing that when he said, “All great change in America begins at the dinner table.”

This 4th of July set the right tone of change at the dinner table. Begin with a prayer to give thanks to our Creator… dine while having a robust discussion of what makes this nation great… depart the table with a newfound commitment to being patriotic.

While America may have its challenges…it also still unquestionably the greatest nation the world has ever seen. That is, of course, why “these colors don’t run.” Yep, you can quote me on that.

More in this category: « New orbits of technology, wealth, work place, education, population paradigms Prince Harry and the Markles: The Reality Show »
back to top