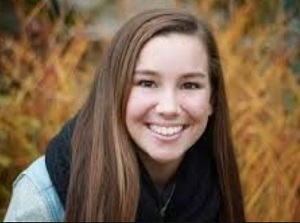 Whenever any innocent American is murdered, it is a tragedy as family members and friends have lost a loved one. However, when such a horrendous crime is committed by an illegal immigrant, it is especially tragic.

If only our nation’s immigration laws were enforced, the victim would still be alive. This is true in the case of Mollie Tibbetts, a beautiful Iowa college student, who was allegedly killed by an illegal immigrant. This young woman should be alive today enjoying her life. Instead, she is being mourned as the latest victim of an illegal immigrant.

According to police, the murderer is Cristhian Bahena Rivera, an illegal immigrant from Mexico who is being charged with first degree murder. After being identified on surveillance footage and questioned, Rivera led police to her body in a corn field. He claims that he blacked out after an altercation with Mollie fight, loaded her in the trunk and then dumped her body.

Rivera may have been living illegally in the United States for seven years. It is not known why he targeted Mollie Tibbetts. The special agent in charge of the case at the Iowa Division of Criminal Investigation, Rick Rahn, noted, “I can just tell you it seems that he followed her and seemed to be drawn to her on that particular day and for whatever reason he chose to abduct her.”

Like Kate Steinle, a San Francisco woman shot and killed by an illegal immigrant, the murder of Mollie Tibbetts may inspire political action to deal with the plague of illegal immigrant violence.

It is time our country started protecting our citizens by securing the border, building a wall and removing illegal immigrants who have taken advantage of our lax immigration laws.

Clearly, the E-verify system is not full proof, and it is only voluntary for employers who are not federal contractors.

This is another case of how our country is vulnerable to the threat from unchecked illegal immigration. Experts say there are between 12 and 20 million illegal immigrants living in the United States. Others believe the number could be much higher.

A report by the Government Accountability Office found that aliens, both legal and illegal, comprise 27% of the inmates in federal prison, although they only represent 9% of the nation’s population. Therefore, these individuals are committing crimes at three times the rate of the general population. Another GAO report that focused on only illegal aliens incarcerated determined that 12% had committed violent crimes such as murder, rape or armed robbery.

This problem of illegal immigration is not diminishing, it is intensifying. Let’s hope and pray that the tragic death of Mollie Tibbetts will spur long overdue legislation and action to protect Americans from the violent crimes being committed by illegal immigrants.

More in this category: « Where in the world is MEGHAN MARKLE? Are Meghan and the Markles in same league as Kate and the Middletons? »
back to top