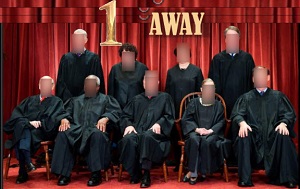 In last night’s 5-4 ruling, Roberts joined with the four reliably liberal justices on the Supreme Court to deny the State of Louisiana the ability to place new regulations on abortion clinics. The Louisiana State Legislature passed the Unsafe Abortion Protection Act, which was signed into law by the Governor. Starting today, it would have required abortion doctors to have admitting privileges at nearby hospitals. It was similar to a law passed in Texas that was struck down by the Supreme Court in 2016.

The Louisiana law was a very mild restriction and involved a reasonable request that should not have created much controversy. It is understandable that state officials would want doctors to have established relationships with hospitals. Abortions are sometimes difficult and dangerous medical procedures that might require a woman to be hospitalized in case of a problem. Having admitting privileges only makes sense to ensure the health of the mother. These common-sense regulations would have protected the health of women.

Regardless of the state’s intentions, abortion providers in Louisiana went to court. They viewed the law as a way to put them out of business. Currently, there are three abortion clinics in Louisiana that perform 10,000 abortions yearly.

The case made its way through the district court, which found the law unconstitutional, and the 5th Circuit Court of Appeals, which overturned the lower court’s decision. Now, the Supreme Court has lifted that decision and a “stay” will be in effect for at least several months. Technically, the law is now on hold pending a full review. The case, June Medical Services v. Gee, could be added to the fall docket of the Supreme Court.

In a lengthy dissent, Justice Kavanaugh wrote that the decision was unnecessary because abortion providers without admitting privileges would be given 45 days to comply and, if still in violation, could take up the case in court.

Once again, the Supreme Court has made a pro-abortion decision thwarting the will of the voters. Louisiana should be able to place reasonable restrictions on abortion as a way of ensuring the health of women and hopefully limiting the controversial practice. While other states like New York have passed laws greatly expanding abortion rights, Louisiana should be able to take another approach which reflects the views of the voters of the state.

Unfortunately, it is clear that one more justice is necessary for Roe v. Wade to be overturned or even for abortion to be significantly restricted in any way. Let’s hope President Trump will have an opportunity to appoint another justice in the mold of Gorsuch and Kavanaugh.