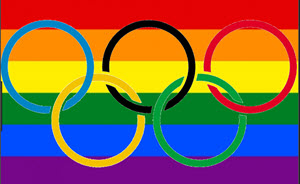 This type of approach is not limited to this country. In the UK, it was revealed that the Duchess of Sussex, Megan Markle, would raise her child with a “fluid” approach to gender. According to a source who attended her baby shower, Megan “won’t be imposing any stereotypes.” It should come as no surprise that the baby’s nursery reportedly will not feature either pink or blue colors, but “neutral tones” and it will be constructed with “eco-friendly products.”

Thank goodness the royal couple will not be straying one iota from the leftist handbook. It seems among the ultra-left there is a problem with traditional genders of male and female. In fact, Facebook, a bastion of progressive thinking, offers over 70 different genders. The social media giant developed the exhaustive list after consulting with a LGBTQ activist organization.

As gender definitions are being changed, the world of athletics is being revolutionized. The International Olympic Committee has approved rules allowing for transgender athletes to compete without any requirements for surgery. Thus, a man claiming to be a woman can compete against biological females and win a few gold medals and then decide to be a man once again. The policy is both nonsensical and destructive; however, it is the same policy that is in place in the NCAA. While hormone replacement therapy is required for one year, no permanent gender changes are demanded.

In this country, transgender athletes are being allowed to participate in various sporting events in at least 17 states. This week, in Connecticut, the top two finishers in the state indoor track championships were transgender athletes. They have won a variety of races in the last few years, depriving biological females of not only athletic awards, but potential scholarship opportunities.  According to Salina Soule, who lost to the transgender athletes, “We all know the outcome of the race before it even starts; it’s demoralizing.”

It certainly is both demoralizing and unfair. Men have biological advantages such as higher bone density and testosterone levels and a greater muscle mass. Yet, the activists want to overlook the basic biological facts in their quest to blur the differences between the sexes.

This quest will have detrimental consequences that are innumerable to calculate for our society. In the fight for an ever more progressive agenda, the left is trying to negate what God created, no fluidity, just two genders. This simple concept has worked well throughout human history, it is sad that in today's society, it no longer works.