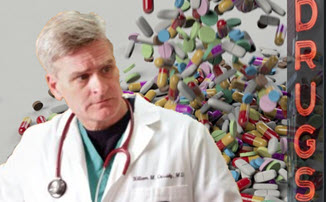 It was not long ago that the Institute of Medicine named six Louisiana cities on its Top 10 list for most expensive places to buy healthcare.

Not only are Pelican State families struggling to pay for their health needs, but they are also not receiving the quality of care they deserve. According to a recent Wallethub study, Louisiana has the nation’s worst health maintenance as measured by cost, accessibility, and outcome.

The status quo is not acceptable and has been in effect for too long. It must come to an end immediately. It is simply inexcusable for prescription drugs to cost triple what they do in Europe. The question is not whether policymakers should act; it is what specifically they will do to end this crisis.

Unfortunately, on July 23, the Senate Finance Committee, of which Sen. Cassidy is a member, proposed a lackluster remedy that will impose U.S. price controls on drugs. Similarly, leaders in the House have proposed using binding arbitration to cut the cost of prescription drugs. This process will allow a third-party contractor picked by the government to price-fix Medicare costs. While some of the aims of proponents may be commendable, both proposals will result in outcomes that are the exact opposite of the intent of Congress.

From corporate greed to protectionist laws and government mismanagement, there are many reasons for the high cost of healthcare, but price controls or binding arbitration would not address any of them. Instead, they will penalize healthcare innovators without cause, jeopardizing any stability left in the industry while letting the bad actors off the hook.

Healthcare developers, which work to lower costs and boost quality daily, are part of the solution, not part of the problem. They should not be penalized by price controls or binding arbitration, which will “reduce” drug prices by sticking these innovators with the bill balance. These shortsighted efforts will not solve the problem; they will merely shuffle money around and unintentionally price many drug creators out of the marketplace. Their absence will consequently push drug prices higher across the country over the long term while making Louisiana’s health care crisis even worse.

Sen. Cassidy has already demonstrated a sound understanding of how price controls negatively impact the people of Louisiana. As a doctor, he has even seen their counter productiveness firsthand. Thus, as the Finance Committee and the rest of Congress continue to work on rectifying this issue, Sen. Cassidy must serve as the leader in the room.

Sen. Cassidy's constituents are counting on him to deliver effective remedies that penalize the crony capitalists rather than their scapegoats. For the better part of a decade, Congress has failed to enact legislation to combat the waste, fraud, and abuse that have fueled this crisis. The finger-pointing blame game has gone on for far too long, and Sen. Cassidy is one of the best positioned members of Congress to end it.

More in this category: « AbortionWood lunatic liberals have Georgia on their minds Philadelphia shooting terror shows our police under assault, once again »
back to top