Louisiana Governor Edwards says no tax increases, but can he keep pledge? 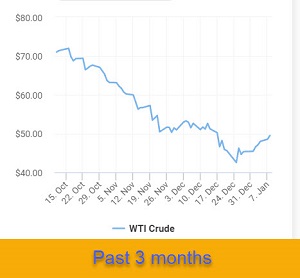 Louisiana is going into its fourth year of John Bel Edwards at its helm. The first three years have been quite rocky, in large part due to his predecessor, Governor Bobby Jindal, leaving a major budget deficit that needed filling. As a result, numerous special sessions, a few totally unsuccessful, ultimately balanced the budget. Today, Edwards, a Democrat, says the days of raising taxes are over, that the budget has been stabilized.

Indeed, if Edwards is right, it comes at a great time for him since he faces re-election this fall.

But is the coast clear for Edwards and for Louisiana? Louisiana depends upon oil. Our economy is married to the industry. When oil prices drop, revenues do to and taxes simply don't pour in, as expected.

Today, Jeff Crouere, WGSO Radio Talk show host and I discussed this issue on our weekly discussion during the 8 AM hour. Here's what followed (transcription might have errors).:

CROUERE: Want to talk about what happened yesterday. I guess John Bel Edwards or went before the Press Club and I talked about his accomplishments and find out what's going to be happening over the next year. There will not be a special session talking about hiking minimum wage and of course they're laying the groundwork for his re-election so what do you make right now not only agenda but his chances for re-election.

SABLUDOWSKY: So I was not at the Press Club thing yesterday and so I'm not getting the information first hand in terms of the tax hike or no tax hike. My feeling is that look, if all prices continue to drop then how we going to be able to pay our bills? I mean from the last time you and I talked about it right I mean big time we were looking at oil prices rising and bringing in more money then but it now looks like just the opposite. Yeah, I mean it's just $40 so down the last time I looked, and that was last week, so it is really dropping so obviously the budget is dependent upon it significantly also other sources of income.

CROUERE: So here's what he's talking about he's talking about: pay raises in public schools, minimum wage increase, equal pay laws, Healthcare protection says were the four items that he talked about that yesterday.  And he says there will not be another special session this year, with that seven of them during his first three years in office, so none this year. He says the budget has been stabilized and you say-- maybe not right because of these oil prices?

SABLUDOWSKY: Well you know what I'm saying is that oil prices, so it's $48.52 okay, so it'll it was what mid-thirties a low thirties a couple years ago and so at 48.52 it jumped up to about 60 and so I just don't know whether or not. I don't know what's going to happen but I don't I don't think that you can definitively say at this point in time that there won't be a shortfall and that there will be a need for some type of budget cuts, major cuts and revenue enhancers, called taxes.

CROUERE: So how we going to have the money for teacher pay raises with all prices dropping?

SABLUDOWSKY: Well, you know what the Republicans were able to do last year was to hold back on the revenue estimating conference until like the very end so they had a more reasonable appreciation as to what the how much money was coming in. So to answer your question, that might be the thing to do, if you have a fluctuation as we're experiencing.  Keep in mind, President Trump has taken credit for the low oil prices and so I would assume that he's going to continue wanting to do that and I'm assuming that he's going to want to continue to accept that he can keep the oil prices down.  That doesn't help Louisiana in terms of economy, it may help us individually but not our economy,

CROUERE: It helps like anyone else, at the pump, but doesn't help with jobs, cuz they're so many channels are dependent on the industry