Is David Griffin the Jim Finks of the New Orleans Pelicans?

by Jim Miller The Pelicans' hiring of David Griffin as GM and head of basketball operations has a chance to be the best hire for a New Orleans sports team since Jim Finks in 1986. The reason? Because Griffin is the first GM since Finks to come to New Orleans with a proven record at assembling championship teams. 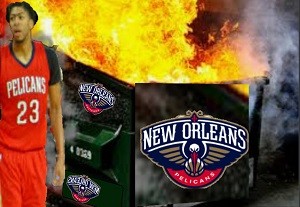 Pelicans head coach Alvin Gentry probably misspoke when he called the current turmoil surrounding the team “a dumpster fire.” I think that was a subconscious urge to say “DEMPSter Fire” after the club terminated the tortuous nine-year reign of GM Dell Demps. The team is in flames fed by the fact that generational star Anthony Davis wants out, the team has failed to reach the playoffs on a regular basis which is probably because they have failed to acquire – and keep - a solid supporting cast. That perfectly describes the series of curious decisions, dead-end trades and pure bad luck that Demps presided over.
Published in New Orleans News
Tagged under
Read more...