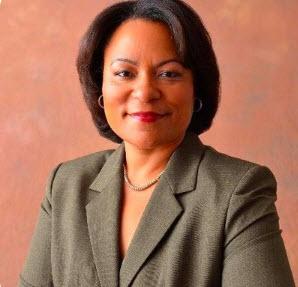 The Gambit Weekly, always a desired endorsement, has chosen LaToya Cantrell as its preferred candidate for the upcoming New Orleans mayor.

The Gambit Weekly, always a desired endorsement, has chosen LaToya Cantrell as its preferred candidate for the upcoming New Orleans mayor.In particular, the Gambit said,  “Every one of those is a make-or-break challenge. New Orleans cannot afford a mayor who faces a learning curve. Our next mayor will have to hit the ground running on Day One. We think the best person to do that is someone who has already dealt with those issues extensively, first-hand, from the ground-up as a neighborhood leader and as a proven coalition builder at City Hall. LaToya Cantrell is the only mayoral candidate who has done that — and she continues to do it every day, while the others merely talk about it. That’s the critical difference between Cantrell and her opponents.

Cantrell would be New Orleans’ first truly post-Katrina mayor. She came to prominence as a leader in Broadmoor during the tumultuous early days of New Orleans’ recovery. At a time when some suggested turning her neighborhood into green space, she led the grassroots effort to make Broadmoor one of the first neighborhoods to come back strong. During that time, she learned how city government works from the citizens’ point of view, which served her well when she won a special election for the District B council seat in 2012. On the council, she earned a reputation for personally addressing constituents’ concerns and tackling tough issues. She also helped consolidate 14 disparate council committees into eight, which increased councilmembers’ participation and engagement.

Tell us below who is your preferred candidate for New Orleans Mayor?

In describing Cantrell, political writer, Christopher Tidmore, in a recent Bayoubuzz.com Facebook Live interview said, Her entire race being predicated on neighborhood activists-- remember Latoya Cantrell as the former head of the Broadmoor Improvement Association, she was noted for fighting the "green dot" after Katrina-- that's how she built her reputation…”,  Cantrell is in a statistical tie with Desiree Charbonnet and Michael Bagneris for the city’s top position.