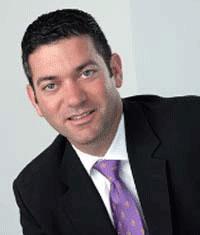 Here are the press releases from these exciting events:

More than 900 guests joined the Jefferson Chamber to party on the turf of the Ochsner Sports Performance Center, home of the New Orleans Saints indoor training facility, at its Gala Royale on Friday, March 9th. The event, presented by Ochsner Health System and hosted by the New Orleans Saints and Pelicans, was casino royale themed in celebration of the Chamber’s 21st Anniversary. The event featured an open bar, heavy hors d'oeuvres by Pigeon Caterers, over 75 silent auction items, a parade of prizes, punch wall, casino games, dancing and live musical entertainment by the Bag of Donuts.

Jay Romig, the Saints longest tenured employee, and Nick Karl, former Saints employee and current Jefferson Chamber Chairman, honored Jim Henderson with a special salute and toast for his dedication to the Saints for the past 30 years. To commemorate his career with the Saints, Henderson was presented with a personalized game-ball, an award presented to players and employees after a great game or unique accomplishment.

Patrons also had the opportunity to take photos with the Lombardi trophy, Super Bowl XLIV ring and a casino themed photo booth.

The evening kicked off with a VIP Party, sponsored by Rault Resources Group, where patrons were invited to mix and mingle until the doors to the Gala opened at 7:30 p.m.

Proceeds from the Gala Royale support the Jefferson Chamber’s efforts in public policy advocacy and quality of life initiatives.

New Orleans Entrepreneur Week 2018 (March 19-23), specifically regarding the $100,000 prized Coulter IDEApitch competition, Friday, March 23rd, from 6-7pm, at the NOEW headquarters at the Contemporary Arts Center and The Shop at the CAC shared workspace on The Ochsner Stage.

All three participating startups are NOLA-based, with high growth potential and founders actively pursuing funding through angel and/or venture funding. Entrepreneurs will provide 10 minute presentations, followed by Q&A with an esteemed expert panel.

o   AxoSim's Nerve-on-a-Chip platform is changing the way new drugs are tested using engineered human nerve tissue that looks and functions like real human nerves, allowing pharmaceutical companies to develop safer and more effective drugs before they ever do a clinical trial.

o   ExemptMeNow offers an online platform that is revolutionizing the incorporation, exemption, and compliance process for non-profit organizations, and drastically saving customers time and money.

consider their dog-forward lifestyle as a principle attribute to find a compatible date.

French Quarter Festival 2018 is also an official Tricentennial event: The Tricentennial Homecoming Pavilion, sponsored by New Orleans Tourism Marketing Corporation, will be located near the Jack Daniel's Stage and open all four days of festival. In Jackson Square, Hilton will sponsor the Hilton Tricentennial Stagewith a four day lineup that includes John Boutté, Ellis Marsalis, and Meschiya Lake and the Little Big Horns. On Saturday, April 14, French Quarter Festival will celebrate the Tricentennial with fireworks on the Mississippi River immediately after the music ends on the Abita Beer Stage, at approximately 9pm.

"In 2018, as we reflect on our 35 year history, we are delighted to remain a locals' favorite and proud of the significant economic impact we generate for New Orleans," said Emily Madero, President & CEO of FQFI. "Though the festival has evolved from a small neighborhood event, we have remained committed to our mission to support the local culture and economy. As we celebrate this banner year, we are excited to bring a record number of musical debuts, fresh menu items, new partnerships, and unique experiences that will both honor our heritage and embrace our future."

Honoring the Past and Investing in the Future

French Quarter Festival was started to support neighborhood businesses during World's Fair street construction. As FQFI celebrates its 35th birthday, the organization continues to honor that purpose. In 2018, with the 100 block of Bourbon Street now re-opened after months of construction, the FQFI team will bring music to the first block of Bourbon with the Gateway to Bourbon Street Stage, co-sponsored by Dickie Brennan and Company Family of Restaurants, Associated Food Equipment and Supply Co, Sysco, and TLC Linens.

FQFI has always been passionate about supporting young musical artists. This year, FQFI is unveiling a new initiative to honor our cultural heritage by investing in the future: Ernie's Schoolhouse Stage will give young artists the opportunity to perform at French Quarter Festival while gaining business and marketing skills to support their musical careers. Selected artists will participate in the House of Blues Music Forward Foundation workshop, which will take place a month prior to the festival and culminate in a weekend of performances on the stage located at Homer Plessey Community School at Royal and St. Philip Street.

FQF Film Fest with Cinema on the Bayou, Presented by NCIS: New Orleans

Cinema on the Bayou returns to curate FQF Film Fest with Cinema on the Bayou, Presented by NCIS: New Orleans. Cinema on the Bayou Film Society was founded by filmmaker Pat Mire, a prize-winning filmmaker based in Lafayette, La. Mire's cultural documentaries have been aired nationally on PBS, Discovery Channel, and other networks and have won awards in national and international competitions.

FQF Film Fest with Cinema on the Bayou, Presented by NCIS: New Orleans takes place at Le Petit Théâtre du Vieux Carré- one of the oldest community theatres in the country. Lineup includes: Dance for a Chicken:The Cajun Mardi Gras, which provides an insider's look at Courir de Mardi Gras; Le Voisinage, a series of four to eight minute films that focus on the music of South Louisiana; Zachary Richard Cajun Heart, which follows the singer-songwriter on his quest to find the true Acadian identity today; Hotel Al, a documentary short featuring a quick-tongued Cajun celebrating 55 years working for the oldest family-owned hotel in America, The Monteleone; Dirty Rice, capturing the raw essence of the rural Cajun community in South Louisiana; Forever Waves starring Kristin Diable; Wedding Song, shot on location in New Orleans; and Nine Lives, a musical that follows the lives of nine people in New Orleans from 1965 (the year hurricane Betsy ravaged the city), through 2005 (the year of hurricane Katrina), and beyond. Visit www.frenchquarterfest.orgfor full schedule and descriptions.

FQFI is thrilled to announce the return of the Chevron STEAM Zone at French Quarter Fest 2018. The Chevron "STEAM" Zone (Science, Technology, Engineering, Arts, and Math) will return to the Natchez Wharf at the foot of Toulouse Street at the River. Attendees can expect two full days of family-fun on Saturday, April 14 and Sunday, April 15.

Chevron supports many organizations in the community, and at French Quarter Festival they collaborate with several of them to create educational STEAM Zone experiences. This year Chevron will engage youth with the Energy Timeline Challenge and showcase centuries of innovation. Other community partners and activities include: exploring Louisiana-wildlife success stories with Audubon Nature Institute; completing a LED circuit to light the façade of a New Orleans home with Fab Lab NOLA; and Rebuilding Together New Orleans will help children "build" a historic home and learn about architectural features. Other partners include National Park Service, NORD Teen Council, Project Lead the Way, The Nature Conservancy, and National WWII Museum.

In a city famous for its culinary traditions, New Orleans is the perfect backdrop for French Quarter Festival attendees to get a taste of the best of the best. More than 60 vendors will feature cuisine from favorite restaurants in the region, including classic New Orleans dishes as well as contemporary and fresh healthy options. This year, the French Quarter Fest app makes it easier for attendees to adhere to dietary needs. Refer to the app to find food vendors that offer a gluten-free, vegetarian, and/or sugar-free menu item. A new partnership with Eat Fit, NOLA will also label menu options to help those who want to eat clean, count calories, and manage diabetes, blood pressure and cholesterol.

We were thrilled to welcome close to 1,300 to our 2018 Annual Meeting yesterday.

Our theme was “Strategies for Success,” wherein we discussed the tactics and perseverance required to deliver wins like DXC Technology, British Airways, and the rejuvenation of Michoud Assembly Facility.

For those who were unable to attend, or would like the presentation materials:

As we concluded yesterday, the fundamental vision of GNO, Inc. is to create a region where our kids can choose to stay.  Thank you for helping to make this vision a reality.