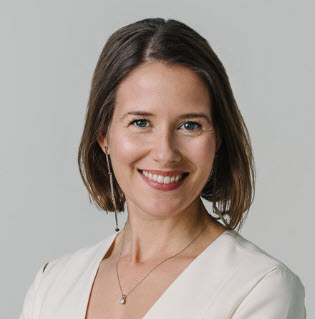 What can cities, such as San Diego and New Orleans, do to ensure they are being sufficiently innovative for the future, while at the same time, taking care of their citizens now? What must they do?

In many respects, that seems to be the thrust of the efforts being made by Chelsea Collier, founder of Digi.City, who was in New Orleans this week and who sponsored a program involving city officials, the private sector and young entrepreneurs.

I interviewed Ms. Collier on Wednesday, one day after her event held at Propeller, a local incubator. Yesterday, we posted part one of the Facebook Live and Twitter Live discussion which focused upon the her research trip to China and the magnificent advances that communist country has made in ensuring that their highly-populated cities are not just surviving but excelling.

Today, I post part two of our discussion which involve her initial program she sponsored, in San Diego, her recent New Orleans event, the difference makers for cities, and what communities must do to help their city compete in the global economy.

Below is a transcript of that discussion, the video of the segment and a press release following the Digi.City event

- First city that I hosted the first event was in San Diego and it was really important to do that in San Diego because they launched the world's largest IOT--IOT stands for the Internet of Things platform in the entire world and just really such a great example of how when public and private partnerships come together and really focus on who are we as a city, what are our values, what are some of the challenges that we want to overcome--and you have the right people at the table with their own perspectives, their own strengths and their own kind of contributions, you can make anything happen.

And so for San Diego they really focus on sustainability--a company or an organization called Clean Tech was one of the very early kind of catalysts that brought public sector --private sector and the community together to say-- what can we do? How can we enable technology to help us solve our challenges and help us become a better City?

You know, event yesterday was really really wonderful and again I think it's super special because it feels like I'm coming home to celebrate a city that just had its 300th anniversary while it's really planning for the next hundred years in terms of digital technology and that I think is very unique.

So we had Councilmember at-large Jason Williams--is really fascinating and very very committed to seeing the city move forward in this process, the CIO for the city of New Orleans the chief innovation officer Kimberly LaGrue, who is just fantastic.  The city is so lucky to have her. You know she's very good at kind of doing two things at one time which is making sure all the trains are running on time really taking care of just the block and tackle of what it means to run a city and provide the technology infrastructure and looking forward at exactly the same time and that balancing act can be a little tricky.

And then the director of programs at Propeller and that's where I hosted the event at Propeller, which is such fabulous space and for anybody who's not familiar with it it's a co-working space and the incubator and accelerator for social good companies--so for-profit nonprofit companies who are dedicated to making the world a better place and they provide a ton of infrastructure and support for those companies.

And finally Ben Johnson with the New Orleans Chamber of Commerce. So the commonality to your question around what makes the event work is making sure that I'm modeling what I think is an ideal practice in terms of having people from inside the city, elected officials and folks from from proof who represent the private sector both industry and entrepreneurs and how they can all work together and have a shared vision with their own unique perspectives.

What I'm celebrating about New Orleans approach is that they really started with some behind the scenes wor,k three and a half four years ago, and they started the slow process and research of identifying--what are the city's assets and what are the city's biggest challenges and between those two areas, the gaps is where you build a strategic plan.  And they're in the middle of that strategic planning process. And at the same time they're experimenting and piloting technologies that they can put out there and say okay--let's see how this works and then we'll adjust as we move forward with the strategic plan. So again these are not easy things to do but I think it's really important that you keep focused on action while the broader strategic plan is is being built.

So what have you found in terms of comparing the different cities and their use of technology, there, I guess, the relationship to the private -- public sector, the integration of that--what have you found that has been the really driving force in the cities that really are difference makers?

Yeah that's an excellent question and most people don't think to ask that question but I think it's almost the most important one-- so when you start searching the internet around smart cities you see a lot of headlines around autonomous vehicles and some of the like cool tech, like drones and augmented reality and very cool technology that is a really important part of this conversation but what you don't see because it's not quite as splashy of a headline, it's stuff around the foundation of a smart city.

So the foundation of the smart city is made up of two different things. Number one, is a really strong Internet foundation so this is all around mobile broadband in the fiber and then the second part of it is modernizing the utility grid. So when you get down to it it's all about connectivity and power and without those two things and a really robust plan, for not just where we are right now, but planning for where we will be in the future where we'll have 20 billion more connected devices on the planet.

I mean we're getting ready to see the intersection of IOT again, the Internet of Things and 5g which is the next evolution of mobile broadband and when those two things come together and integrate and work together, I think it'll be about two and a half three years which it's not very much time at all, the cities who were prepared for that or the cities who will really really win and I always borrow the phrase from my friend Bob Bennett who's the chief innovation officer at Kansas City, and he says the cities who get it will be a part of the future in the cities who aren't quite there yet will be a part of the digital rust belt.

So it's really the focus of my fellowship and the focus of my work right now and why I traveled to cities all over the place, it's just to help them in this process, because it's not always clear the pathway is not always clear. So I'm just spending as much time and energy as I can to share what I've been privileged to learn and to understand and try to help cities along that path.

You know you mentioned the Internet of Things and the and also the mobile, as you know Google Fiber had integrated or they brought the Google Google Fiber to different communities, I think Kansas City was one?

Yeah I was involved in trying to get New Orleans involved, in yeah-- so, so I'm just wondering, or city's going to, I mean, you talk about one gig download for video that's where the upload is important, not the download and so I'm wondering are the so called ISPs or the cable companies --are they competing sufficiently so that we can get to be even more more "smarter" than we would like to be?

Well you just hit the nail on the head so a lot of the work around smart cities it's making sure that internally the regulations and the policies are ready to help those companies compete because when do you have as many people or as many companies competing to provide that level of connectivity or whether you're talking about oh it's ISPs, cable companies, Google-- however you clarify Google these days--or you're talking about entrepreneurs, I mean, you want to create as many inroads for private sector innovators as you can to come in and openly compete and help you build the city of the future, no matter where that city is.  So a lot of the policies and regulations understandably are set up for the past era. You know a lot of them are really old and antiquated and they can't keep pace with technology, so it's a really critical step for cities to look internally and say "alright what policies no longer applied to the digital age that we're living in and with technology that doesn't even exist yet--how do we anticipate that and how do we provide the protections that we need for our residents and our visitors and make sure that the city is on track and taken care of and at the same time inviting the best and brightest to come in and create innovation

On Tuesday, Digi.City founder, Chelsea Collier, and a panel of local policymakers, business and community leaders outlined their visions of advancing smart city technology and connected infrastructure development in order to make New Orleans a more equitable place for all residents.

City Council President Jason Williams kicked off the event by calling attention to the importance of smart cities in bridging the digital divide. “Smart City technology must be a part of our work to build equity for all residents of New Orleans. The City cannot misuse or fail to utilize innovative technology. It’s not just the wasted money and time, it is also the breach of public trust when we don’t invest in our people and opportunity. We have to be innovative. Smart City thinking and efficient technology can do anything from inform residents of a water main break to direct traffic after festivals to free up police officers from that task. Criminal justice reform and increased public safety requires better tracking of the right data, not just a murder rate. Using technology can be a huge part of addressing this challenge. If data drives our decision making we will get results.”

Kimberly W. LaGrue, the City of New Orleans’s Chief Information Officer, stated that there private-public partnerships will be integral to the transformation towards becoming a smart city, stating “We cannot do this alone, we don’t want to do this alone.” This sentiment was shared by the event’s private sector representatives, the New Orleans Chamber of Commerce’s President Ben Johnson and Propeller’s Daniel Applewhite who both emphasized the key nature of collaboration between the private and public sectors in New Orleans’s smart city future.

Digi.Cityis a platform designed to discuss the policy behind deploying and supporting smart city technology. Digi.City focuses on the development of smart cities in both the United States and China, and this stems from research Collier conducted over the last year and a half as a 2016 Zhi-Xing China Eisenhower Fellow. The information Digi.City gathers centers on best practices and lessons learned across both countries to better streamline the domestic rollout of smart cities.

More in this category: « Where does New Orleans Mayor Cantrell stand on Confederate monuments Landrieu removed? Chris Champagne, aka, Numa's "News with The Pist" takes on Bezos, Nola crime, S&WB »
back to top