Does anybody in Louisiana care there's an election in two weeks? 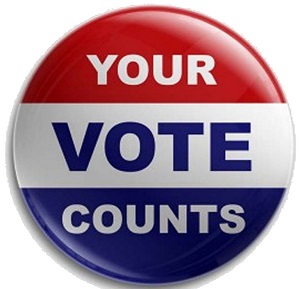 Remember the 1970 song by Chicago; “Does anybody know what time it is, does anybody really care?” Well it’s close to Election Day in Louisiana, and it would seem by early voting projections and general lack of interest that Louisianans are not holding their breath to cast their ballot. Why the lack of attention to an event that affects the future of the state and the entire nation? There are a number of reasons.

Louisiana has become a strong red state with major advantages for the republican candidate. A number of democratic leaning voters feel going to the polls is just not worth the effort. “Why bother if my vote really won’t make any difference,” is the feeling of many more moderate inclined voters.

It’s much harder for candidates to get to voters today. It used to be that a voter had the choice of three TV stations, a few radio stations and one local newspaper. The Internet has changed all this. From cable to web newspapers, to information streaming, voters have so many new choices. And political media campaigns often get lost in the scuffle. It is simply much harder to get to the average voter without raising and spending more campaign dollars.

Now candidates raise campaign dollars and hand it over to consultants, who then decide how the money is to be spent. And the majority of the spending is for 30-second attack ads in the final days of the campaign. Both sides attack each other, and voters are relegated to the choices of bad or worse. As one candidate put it: “I want voters to hold their nose and vote for me.”

The press does not cover political campaigns like they once did. This is a reflection of the financial cutbacks by newspapers, radio and TV stations across the state. Louisiana’s largest newspaper, The Times Picayune, now only prints three times a week. A reader has to go on line to read their news in a city where 40% of the voters do not have an Internet connection.

Radio stations are doing much less local programing. Thousands of voters used to listen to interviews about local and state politicians during morning and afternoon drive time. But much of the programing is now syndicated, with stations using talk show hosts who have little interest in local politics. TV stations in the state, with a few exceptions, no longer have the resources to do any in-depth comparisons of candidates. The result is that voters are less informed, and thus less interested.

And finally, I wonder if many voters in the state know how to vote anymore? I have run for office in ten different elections beginning in the early 70s. I   cannot remember being pigeonholed by voters who made their choice of candidates based on a single issue. Today, more and more voters toe the party line, and look for either the R or D after a candidate’s name. Too often, we don’t consider which candidate has a broad vision for what is in the best interest of Louisiana.

Have we relegated ourselves into “kneejerk” voting based on single issues? Consultants talk about the Catholic vote, the abortion vote, and the Cajun vote, often all based on self-interest, and not founded on a range of issues that are critical to getting Louisiana out of its economic doldrums. If these “self-interest” issues are not on the line, doesn’t this dampen the interest in going to the polls?

Elections officials are predicting a 30% turnout, one of the lowest for statewide elections in the past 100 years. There are number of ways to reinvigorate the electorate and make voting easier and more interesting. That’s fodder for a post-election column. In the meantime, every Louisiana voter will hopefully take the required few minutes to cast an important vote on Tuesday, November 6th. Geaux vote Louisiana.