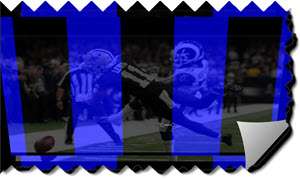 The New Orleans Saints have been in operation for 51 years and have only delivered one Super Bowl championship to their faithful fans. Nevertheless, the most loyal fans in the world still bleed black and gold and are passionate about supporting their team. Maybe it was because of the fact the team was announced on All-Saints Day in 1966 but supporting the team has become a religious experience.

Unfortunately, the loyalty was not rewarded for two decades.  Finally, in 1987, the New Orleans Saints posted their first winning record. This limited success was followed by 13 more years of losing in the playoffs. The drought ended on December 30, 2000 in a victory against the St. Louis Rams.

The ultimate prize was not achieved for another ten years. After the magical 2009 season, the Saints won their first Super Bowl in 2010. The city celebrated with a massive outpouring of joy and a huge parade. The positive feelings felt by the fans lasted for years.

By this season, there were hopes and dreams of another Super Bowl run. The team was certainly one of the very best in Saints history and seemed to be the best in the NFL this year. The Saints performed as one of the best in the league offensively and was becoming better defensively. The special teams were outstanding and played a role in the Saints reaching a 13-3 record this year.

With the #1 seed in the NFC and home field advantage throughout the playoffs, the Saints were positioned to make it to the Super Bowl for the second time in franchise history. After a tough game with the Los Angeles Rams, the Saints were in a position to run out the clock and kick the winning field goal if only the referees did their jobs. An obvious pass interference call was missed by a team of referees that included four who lived in California. This referee robbery stole the dreams and aspirations of both the entire Saints organization and its millions of loyal fans.

First, there was justifiable outrage, then anger expressed to the local media, then calls to the league office. Soon, a petition was started demanding a replay of the championship game. It generated an amazing 760,000 signatures. This was followed by extensive plans for the Boycott Bowl with entertainers donating their time. Overall, thousands of smaller Super Bowl boycotts will be held throughout the city of New Orleans as local residents will refuse to watch a game that will not feature the two best teams in the NFL.

The aggressive response from fans included filing numerous lawsuits forcing the NFL to respond in court to the egregious call that determined the outcome of not only the game but the entire season.

The NFL is lucky to have the most loyal fans in professional sports. Through the Aint’s, the paper bags, and the years of tragic losses, the fans have remained loyal. The league has certainly not responded with gratitude. First, there was the unfair targeting of the team during the overblown “Bounty Gate” investigation and now this injustice.

At a minimum, the NFL should address the mistakes made in the game and the perception of bias among referees. Consequential changes need to be implemented so this does not happen to another team in the future. Nothing less than the integrity of the league in on the line. If positive changes are made, fans throughout America can thank the Saints fans, who were unwilling to accept this travesty and just sit back and wait for next year.