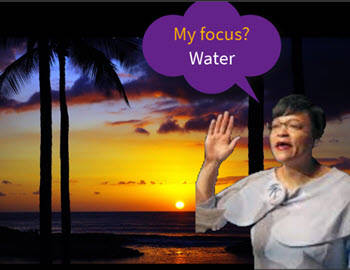 With little to no local media coverage, New Orleans Mayor LaToya and her family left this week for a vacation in Hawaii. She will be back in the office next Monday according to her staff.

In the meantime, plenty of innocent people will be shot, the Sewerage and Water Board will still be a mess and her citizens will remain vulnerable to flooding. Hopefully, there will not be an emergency while she is away. If so, let’s hope she makes a speedy return to her city, unlike her predecessor Mitch Landrieu who remained at an Aspen Institute conference while his citizens were inundated by flood waters caused by an incompetent Sewerage and Water Board.

In Hawaii, Mayor Cantrell will attend the 87th Annual Meeting of the U.S. Conference of Mayors. She will be speaking at a “water council,” leading an infrastructure panel and discussing the impact of the 2020 census on cities across the country. It is doubtful that any of these discussions will be helpful to Cantrell as she tries to lead New Orleans through difficult times.

As usual, crime is a continuing problem in New Orleans. While administration officials claim that violence is decreasing in New Orleans, there is never a shortage of violent crime being reported in the local media. For example, in the past few days, there have been multiple murders and shootings and a police officer was shot during an attempted robbery of a CVS pharmacy in an upscale Uptown neighborhood.

Too often the crimes are being committed by juvenile offenders. The Cantrell administration is increasing its efforts to fight a juvenile crime problem that Orleans Parish District Attorney Leon Cannizzaro recently labeled “out of control.” Some initiatives include a more robust enforcement of juvenile curfew and notifications to the parents of offenders.

Cannizzaro is concerned that some local officials advocate “coddling juvenile offenders at all costs.” Mayor Cantrell has created a meditation room at City Hall, while others have advocated removing cash bail for defendants awaiting trial.

Of course, none of these approaches will work. New Orleans will begin to make progress in fighting violent crime when an adequate number of police officers are hired and the voters elect judges who care about public safety. It is also imperative that young people grow up in homes with positive role models and the local schools provide students with a quality education.

Currently, New Orleans is a city with plenty of potential, but plenty of longstanding problems. While it can attract tourists, it has a hard time attracting businesses. In New Orleans, the pockets of homelessness are getting worse and the poverty crisis is still very severe.

Ironically, Mayor Cantrell recently visited the communist nation of Cuba for her birthday. One of the supposed goals was to learn about the nation’s health care system and economic development. In reality, the only viable answers that can be provided by a communist nation are that their system of government leads to human misery and death. Cuba is a failed nation and if the Mayor of New Orleans tries to follow their model here we will be a failed city.

Once Mayor Cantrell returns from vacation, hopefully she will be refreshed to deal with the omnipresent challenges that face her administration. The solutions that are needed for New Orleans will not be found in Cuba or Hawaii, but by following common sense.