Will Landrieu teach Lushers students about his mayoral failures? 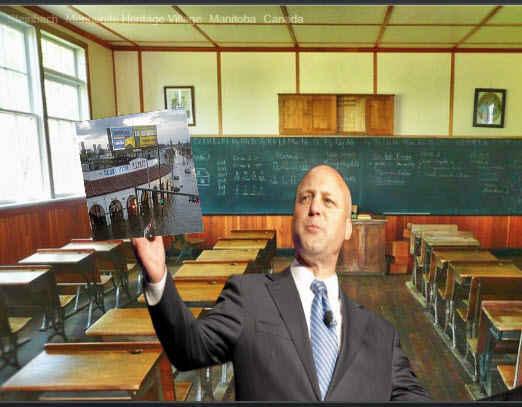 It seems that Lusher High School in New Orleans has a celebrity teacher this year, former Mayor Mitch Landrieu. He will be teaching an Advanced Placement American Government course to a select group of students.

Not surprisingly, his emphasis will be on local government, which makes sense since Landrieu was Mayor of New Orleans for eight years. While it might be interesting to hear from Landrieu’s liberal perspective, will the high school be offering an alternative ideological viewpoint? Will there be balance in the classroom?

Most probably, Lusher is just like so many other high schools and colleges who hire liberal teachers and professors without any effort to balance the ideological scales. It is no wonder that students graduate from these institutions with a liberal mindset as they have been literally indoctrinated in the classroom.

This teaching assignment will be another way for the former Mayor to burnish his troubled mayoral legacy. Since leaving office, Landrieu wrote a book defending his decision to remove Confederate monuments while confronting the “racism” of the South. Earlier in the year, he taught a semester at Harvard University’s Institute of Politics, the premier liberal institution of higher education in the country. In recent weeks, he has joined the Trump-hating liberal cable network, CNN, as a political analyst, a perfect fit for the “woke” Landrieu.

As he transitions to a high school teacher, Landrieu will undoubtedly cherish the opportunity to extol the virtues of his administration. Of course, he will downplay the tremendous mistakes that he made. For example, he refused to fund new recruiting classes for the New Orleans Police Department (NOPD), leading to a massive decrease in the officer ranks. Currently, the NOPD’s manpower shortage is severe, about 400 officers below necessary staffing levels. This crisis can be attributed to Landrieu’s poor leadership.

In his final term, he focused extensively on his obsessive goal of removing four Confederate monuments. Despite standing for decades, including the tenures of four African American Mayors, with little to no complaints from the public, Landrieu decided to turn them into controversial issues and racially divisive flashpoints. While he successfully removed the monuments, he failed to fulfill his promise to display them in an appropriate place or renovate the former monument sites. Today, the monuments remain in a warehouse and the previous sites are undeveloped eyesores.

Mitch Landrieu spent much of his eight years as Mayor galivanting around the country and the world attending workshops, junkets, conferences and Aspen Institute gatherings. During the horrific floods of August 5-6, 2017, Landrieu was in Aspen Institute social and political events and refused to return to New Orleans to deal with a brewing crisis. The city flooded and he was nowhere around to provide leadership to his constituents. Obviously, he did not want to be confronted about his poor management of the Sewerage and Water Board.

During his eight years as President of the Sewerage and Water Board, Landrieu failed to improve operations or leadership of the organization. He installed a political confidante, Cedric Grant, as the Executive Director of the Sewerage and Water Board, even though he had no experience as a hydrologist or an engineer. Grant’s main qualification was that he was friends with Mitch Landrieu.

The floods of August 2017 exposed Landrieu’s lack of action as Mayor. Of course, his response was to point the finger of blame at others and try desperately to evade responsibility.

Today, the Sewerage and Water board remains a total disaster. Minor rainstorms become massive flooding events on almost a weekly basis. The problems with the agency are too numerous to fix and will cost billions of dollars that are not in the city’s current budget.

Thank you, Mitch Landrieu, for leaving this mess and so many others in New Orleans. Obviously, his students will not learn the truth about his true legacy, which is getting worse each passing day.