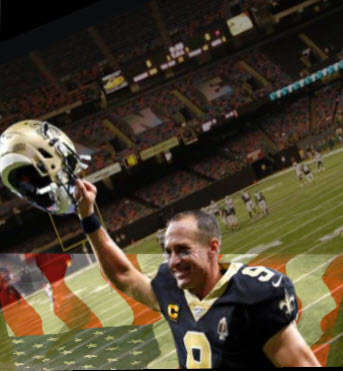 It’s also a symbol of reverence for our soldiers who protect us throughout the world. It’s never occurred to me not to stand as the national anthem is being played. I guess I’m just an old-fashioned coot that has allowed current trends to pass me by. It apparently is just not “cool” or “hip” to celebrate freedom and to honor those who protect us.

I guess I have never been all that “cool.” I was one of those young kids who didn’t dodge the draft, and even though I was married with a child on the way and past draft age, I still volunteered to serve in the military. Initially in the Army and then 12 years in the National Guard. I was a lawyer, but enlisted in the infantry. I still have and wear my dog tags given to me by the Army back in 1966. I wasn’t all that special. Thousands of young men did the same. It just seemed like the right thing to do.

But I guess being patriotic is passé in this day and age. It’s not just many overpaid NFL football players who can’t seem to take a few moments to honor those who serve and protect our country. Have you been to a college or pro game recently? Just take a look around you while the Star-Spangled Banner is playing. As sportswriter John Branch wrote in The New York Times, maybe we ought to turn the cameras around on the fans. “Those who have spent a lot of time in stadiums and arenas know that they are rarely sanctuaries of patriotic conformity and decorum.”

Go to LSU’s Tiger Stadium on a Saturday night or venture into the Superdome for a Sunday afternoon Saints game. Many fans seem oblivious to the anthem as they wander towards their seats or walk about looking for bathrooms and concession stands. Tailgaters, almost without exception, carry on with their cooking and drinking as the music drifts outside the stadium gates. No time or interest in pausing for the anthem.

Actually, there is a federal act that requires allegiance to the American Flag. In United States Code, Title 4, Chapter 1, the law states that non-military persons “should face the flag and stand at attention with their right hand over the heart, or if applicable, remove their headdress with the right hand and holding to the left shoulder, hand being over the heart.”

I’m sure lawsuits would come raining down from the ACLU if such a law were enforced. I oppose players taking a knee, but those that do are at least staying quiet and focusing on the anthem. Not like many fans who seem to be oblivious to a two-minute pause in honor of those who defend the freedoms that allows these same fans to attend a sporting event. As Jack Nicholson said in A Few Good Men: “We use words like honor, code, loyalty. We use these words as the backbone of a life spent defending something. You use them as a punchline.”

Sure, there are many problems involving fairness throughout our nation. I have written a book about discrimination in the federal judicial system called Justice Denied. But there are times when our country should speak as one voice, and that time to me is during the playing of our national anthem.

The American Flag is rarely flown anymore, outside of public buildings and some car dealerships. When I grew up, many homes throughout our neighborhood proudly hung the Flag. I still fly the nation’s flag in front of both my house and my office, 365 days a year.

But that’s just me. I guess, to many of us old guys, patriotism is something that too many Americans acknowledge in passing. Take for granted. No big deal. Now let’s get on with the game.

Jim Brown’s syndicated column appears each week in numerous newspapers throughout the nation and on websites worldwide.  You can read all his past columns and see continuing updates at http://www.jimbrownusa.com.