Fears of New Orleans economy and history getting WOKED Featured 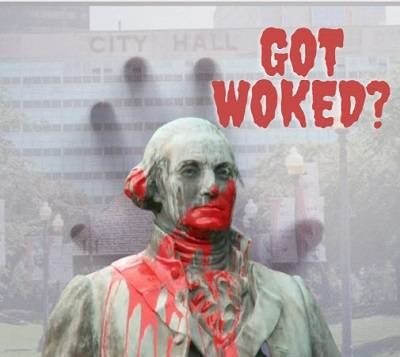 New Orleans is a 300-year-old city, but it is on the verge of losing its unique character that made it one of the top travel destinations in the world.

The damage began in the 1990’s when the Orleans Parish School Board decided to change the name of public schools in New Orleans. Removed were names honoring George Washington, Robert E. Lee, and many others. This was done to make students feel better about their schools. Of course, it did not result in public education improving at all.

In 2017, the attack intensified when self-absorbed, egomaniac New Orleans Mayor Mitch Landrieu decided to launch a national political career by taking down four Confederate monuments. He used the tragedy of the killing of African American churchgoers in Charleston, South Carolina to attack confederate monuments.

He succeeded in removing the monuments by ramming a resolution through the New Orleans City Council. A vote of the people of New Orleans was never held. Landrieu removed these monuments even though it was not a pressing issue for the voters of New Orleans.

One of them, the famed statue of Robert E. Lee, sat atop a huge pedestal at the center of a circle bearing his name. Today, Lee Circle remains empty and the statues remain in storage. Landrieu promised to revitalize the monument sites and find a new place for the monuments being removed. He failed to deliver on either promise.

Prior to the monument removal in New Orleans, very few people in the city had ever expressed any interest in the issue. Throughout my first 18 years on the radio, after taking thousands of calls from listeners, I can recall only one person who ever suggested that the monuments be removed.

Landrieu manufactured a controversy and created a national movement that is now on the rampage all over the country, including New Orleans. The killing of George Floyd by a Minneapolis police officer ignited the current firestorm. While calls for an end to police brutality are constructive, attacks against innocent police officers and historic monuments are totally destructive.

Recently in New Orleans, several statues have been defaced or destroyed. It is happening as quickly as the jobs have been leaving the city.

Last month, a bust of public-school benefactor John McDonogh was removed from its pedestal in Duncan Plaza, across from City Hall. Activists hauled the bust into the Mississippi River, but it was later recovered and returned to city officials.

The preservationists who recovered the bust should have never returned it to officials who work for a city administration that refuses to protect priceless monuments.

Last week, a statue of McDonough was toppled at Lafayette Square, across from Gallier Hall. In addition, protesters spray-painted “BLM” on the statue of Sophie B. Wright, a philanthropist, and placed a bag over its head. On the same night, a statue of Confederate Army Colonel Charles Didier Dreux was overturned and defaced.

Just last night, a statue of George Washington, the founder of the country, our first President, and the hero of the Revolutionary War, was defaced with red paint and a “BLM” tag. The statue is located near the New Orleans Public Library, which is adjacent to Duncan Plaza.

Ironically, the administration of New Orleans Mayor LaToya Cantrell claims that vandalism or destruction of the statues “will not be tolerated.” However, the sad reality is that nothing is being done to protect these statues or prosecute those criminals who have been on a rampage destroying them.

To make matters worse, New Orleans City Council is reviewing a list of dozens of street names to change. These changes will surely happen, creating both confusion and economic costs to those unfortunate enough to live or work on those streets.

The intolerable effort to become totally “woke” is occurring at the same time as the economy of New Orleans is disintegrating. People are leaving the city in droves. With limited safety and no economic opportunities, many are fleeing a city that has decided to focus its attention on changing street names and not saving jobs.

The latest casualty is famed K-Paul’s restaurant in the French Quarter. Next on the chopping block may be the iconic music club Tipitina’s.

With each act of destruction and economic exit, New Orleans loses its history, its uniqueness, and its attraction. It is certainly an unwelcome way to launch its fourth century as a city.

More in this category: « Doling out Republican conventions to New Orleans K-Paul's life in New Orleans is too short, Ain't Dere No More »
back to top