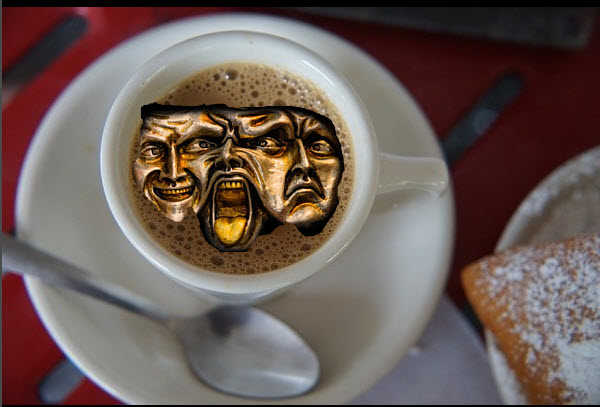 Per capita, the murder rate in New Orleans has historically ranked among the highest in the nation. Last year, New Orleans residents enjoyed a welcome turnaround with the lowest murder rate since 1971. Unfortunately, the good news was short lived as this year’s murder rate is 58% higher than last year.

The higher murder rate is especially surprising since many residents have been locked down since March. In a city known for entertainment and tourism, New Orleans has been decimated economically by the Covid-19 mitigation measures. The scant economic activity has not deterred criminals from committing horrific acts of violence.

Despite the partial economic lockdown due to Covid-19, violence has increased in many cities across the nation. Some communities had to deal with riots in the aftermath of George Floyd’s killing by a Minneapolis police officer. Fortunately, in New Orleans, most of the protests were peaceful.

The tragic death of George Floyd sparked national outrage. There are needed discussions that must be held regarding police reform, but it should not overlook the good work that most police officers do daily.

In New Orleans, police officers regularly receive high marks for their dealings with the public. For example, New Orleans police officers are accustomed to peacefully handling large crowds of people. During Mardi Gras and other events, police and the public successfully interact in most instances.

In recent months, these good relations have continued despite the numerous protests sparked by the death of George Floyd. In the most raucous episode, protesters clogged traffic in certain areas of the city and on I-10 for several nights. The New Orleans City Council lambasted the NOPD for the use of tear gas and rubber balls in dispersing the crowd that had gathered on I-10. While no one was seriously injured, critics of the NOPD, such as the ACLU, were upset at the tactics used to quell the protest. It was the first time in decades that the NOPD used tear gas to disperse a crowd.

Fortunately, New Orleans is unique in another aspect. In some cities, such as Minneapolis, Seattle and New York, political leaders have called for their police departments to be defunded or disbanded. In New Orleans, political support for the NOPD has remained relatively strong, even though some grassroots activities have called for the outright abolishment of the NOPD.

The activists will not have much success in convincing the political leadership that the NOPD should be disbanded. Most realize that the major problem with the NOPD is the manpower shortage.

This was created when former New Orleans Mayor Mitch Landrieu canceled police recruiting classes for several years. In the past few years, the NOPD has been operating with only 1100 officers, five hundred less than needed, and a federal consent decree, with tremendous oversight of its activities. Many officers complain privately that their crime abatement methods are severely limited in this environment.

In this situation, it is difficult to recruit new police officers. With the anti-police attitude prevalent throughout the country, the efforts to recruit new officers will be even more difficult.

With the NOPD at less than full strength, crime in New Orleans will not be controlled. This will exacerbate the pressure from the partial Covid-19 shutdown and the other consistent problems in New Orleans such as poor street conditions, flooding and a dysfunctional Sewerage and Water Board. The result is that many beloved businesses will close, and good tax paying citizens will choose to leave New Orleans for the suburbs or other cities.

For example, in recent weeks, several prominent local businesses, including K-Paul’s restaurant and Belladonna Day Spa have announced their intention to close. Eventually, the list of businesses that will be closing in New Orleans will be exceptionally large. It is unknown whether the City Council or the Mayor has a plan to address the exodus of businesses and tax revenue.

In the aftermath of George Floyd’s death, a City Council commission was created to identify “racist” street names to change. While these changes will surely occur, the group will not address changes that are needed to fix poor infrastructure, blighted housing, substandard public education, and a high crime rate that negatively impacts residents of New Orleans.

People and businesses are already leaving New Orleans and more will exit until something is done to make the city safer and more economically viable. More time and effort need to be spent on these concerns or the city will have a greater number of new street names, but a fewer number of businesses and residents living on them.

More in this category: « K-Paul's life in New Orleans is too short, Ain't Dere No More
back to top