When Chris Kaman signed with Dallas this week, it virtually assured that the Hornets will enter the 2012-13 NBA season without an effective center. For the record, the Hornets acquisition of veteran center Brad Miller, 36, from the Timberwolves was partly cap-related, and also provides a big body to wear opponents' jerseys in practice. I believe Kaman missed an opportunity to re-sign and become elder statesman of a team that probably will be the youngest and most inexperienced in the NBA next season.

Inexperience is okay if you have the talent to fit the new paradigm, which is the direction the Hornets appear to be heading. In NBA parlance, "long" is not "big," because the latter implies a hulking plodder while the former can also give you defensive quickness and better shooting. Exhibit A is No. 1 pick Anthony Davis, who at 19 has been ballyhooed as a once-in-a-decade talent. The recent sign-and-trade with the Magic for small forward Ryan Anderson brings to the Hornets a 24-year-old, 6-foot-10, sharp-shooting forward who also can loft the 3-point shot at nearly 40% effectiveness. Anderson, by the way, was recruited to the University of California Berkeley by former UNO head coach Joe Pasternack.

Now that the minor financial issue is out of the way, the most important and maybe the toughest challenge for Drew Brees may be yet to come. Brees now must walk over to the other side of the table, take his seat and show the world that the face of the New Orleans Saints franchise is back on duty. He needs to do everything possible to help put the most damaging four months in franchise history in the rear view mirror. He needs to help dispel any lingering effects of the past four months, whether it is among his teammates, the fans and the NFL as a whole. He also needs to prove that the Saints still will be a factor come January. More on that later.

I can't say I understand much about the NBA way of doing things. First, the Hornets offered Eric Gordon a four-year, $50 million extension which he turned down. I understand that. Then he shops himself as a restricted free agent and gets an offer from Phoenix for four years at $59 million. I understand that. Then after signing the offer, he proceeds to proclaim feverishly that his heart is in Phoenix and what a great owner and great management and great coaches, and he can't wait to get started. Understandable.

The Hornets knew what they were getting when they drafted Anthony Davis, Austin Rivers and Darius Miller. You can talk all you want about 20-foot wingspans and national championship pedigrees and will he play point or the "2." But beyond the jargon of basketball, the Hornets knew they were getting three young men with a Capital C painted on their foreheads. Character. It is an often overlooked commodity in every sport.

More bad news for the Saints this week?

You can expect more Saints news of the variegated variety this week, so in line with our ongoing public service commitment to our readers, let us prepare you for the worst. Ripe for a decision is QB Drew Brees' grievance over the rules governing the franchise label. If you do not already know what that's about, I will explain it below, but the immediate concern is what happens when one side wins and the other doesn't?

There are special times in which sports franchises can trace their springboard from rock bottom to respectability. The Yankees fleeced the Red Sox for Babe Ruth. Two clubs passed in the 1984 NBA draft, allowing the Bulls to pick Michael Jordan. Every NFL club passed as many as six times that allowed the Patriots to select Tom Brady as a supplemental pick in the sixth round of the 2000 NFL draft. There are dozens of similar examples of moments where an also-ran became a consistent contender and champion.

What does Roger Goodell know that the rest of us don't? Probably an awful lot, since he is Chief Commissar of the National Football League and all Environs Thereof, and we aren't. But don't you find it still a bit nagging that Goodell and his minions have not presented more information of the conclusive, convincing and absolutely no shadow of a doubt variety in the Bountygate suspensions? The simple reason that questions still exist about the NFL's proof of guilt for the penalized Saints and others is the fact that Goodell does not have to play all his cards since he has been able to control the process.

Weber deserved better, but that's the reality of sports

There is a sad reality in the sporting world that is amply covered by a myriad of clichés. A new broom sweeps clean. The baby is thrown out with the bath water. We are going in a new direction. Thanks for the memories. Any one of those could have been said to Hugh Weber during his meeting with new Hornets owner Tom Benson on Monday, but the final result is that Weber will not be an active participant in the new Hornets, or whatever name Mistah Tahwm decides to call the team.

Weber’s termination was hardly because of his performance, because he was the on-site glue that almost single-handedly held things together after George Shinn sold the team to the NBA. Among his achievements, Weber orchestrated the “I’m In!” ticket drive that sold 10,000 season tickets last year. 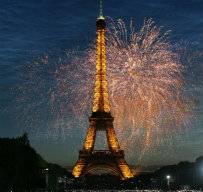 Who Dat Nation received another jolt Thursday when it learned that their hero-on-sabbatical appeared to take another big step toward tyranny. NFL.com reported that QB Drew Brees will have a grievance hearing June 27 in Philadelphia over his claim that the value of a possible future franchise tag should be higher than what the New Orleans Saints say it is. Who Dats from Ponchatoula to Parley's on Harrison Avenue and environs in between are scratching the fuzz off their noggins at this latest breach of their undying loyalty. Why is their hero acting this way?

Published in Latest Buzz
Tagged under
Read more...
Page 14 of 15