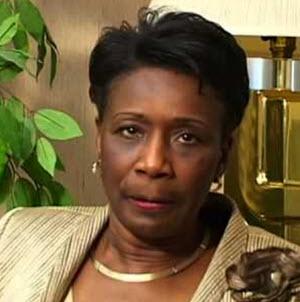 by Lou Gehrig Burnett, Publisher of Fax-Net
So many unanswered questions

Mayor Ollie Tyler’s administration’s proposed $150 million multi-use development along Cross Bayou, which was sprung on the city council and the public last week, has left a lot of unanswered questions.

Let’s look first at what is the apparent catalyst for this proposed development – the enticing of the New Orleans Pelicans G-League developmental  team to select Shreveport as its new home.
Voila!  Let’s build a new arena – a 3,200-seat facility, which will be the anchor for the development.  There is one problem with that.  Shreveport has a history of not supporting sports franchises.
One can go back and count at least a dozen sports  teams  that  came  to  Shreveport,  then  folded  for lack of fan support.  The problem there is citizens of Shreveport just don’t have that much disposable income.  And its gotten worse since casinos docked on the Red River.
The median income for Shreveport is about $38,000, not the $61,000 listed in the hand-out the mayor presented to the city council.
The city – a.k.a taxpayers –  is going to foot the bill for the arena to the tune of $30 million. So that begs the question, if the city can borrow $30 million for an arena, why not for streets, infrastructure or public safety?
The Shreveport Police Officer’s Association was quick to oppose the project.  Corporal Michael Carter, president of SPOA, pointed out the money could be better spent by giving police officers a raise and updating the police department.
Or, how about fixing up Riverfront Park, the jogging trail along Clyde Fant, or the baseball stadium, which is rotting away at Fairgrounds Field.
But that is just the tip of the iceberg for this development.  The proposed plan is for private developers to spend more than $100 million in the area of the arena.  Who are these private developers?  Or is this just wishful thinking.  Does the city have any firm commitments?
There is even talk of a hotel.  This conjures up memories of 2004 when the Keith Hightower administration proposed a hotel next to the convention center.  There were no private investors who were interested..
It’s doubtful a private hotelier will see any profit in building a hotel, which would be sandwiched in between two casino hotels and the hotel at the convention center.
Apparently part of the land is still in private hands.  Have these landowners been brought into the picture and the cost of purchasing that land given consideration?
And finally, will citizens get to vote on this amount of expenditure of public dollars?
The proposal listed local agencies that are in favor of the project, including the Committee of 100. the African-American Chamber of Commerce, the North Louisiana Economic Partnership, the Shreveport-Bossier Convention and Tourist Bureau, and the Shreveport-Bossier Sports Commission.
Those are the usual suspects.  None of the organizations have plans to put any money into the development.
The city council is scheduled to vote on this proposal on September 12.  Three council members are term-limited.  But four members will have to live with this vote.
Councilman Willie Bradford and James Flurry are already on record as opposing this development.  Will there be at least two more council members who have the courage to step up and vote no?  We’ll see.

City’s bond rating downgraded
In the midst of Mayor Ollie Tyler’s ambitious development proposal comes word from Moody’s that the city’s bond rating has been downgraded.
Moody’s Investors Service has lowered the city’s General Obligation Bond rating from A2 to  A3.  It provides the credit worthiness of cities to those wishing to invest.  The highest rating is AAA.
The negative rating is due to the city receiving less taxes from businesses that are not doing as well as they once did.  Other factors included a downturn in energy revenues, long-term debt and rising costs, along with weak income and employment trends.
Moody’s also said it believes the city will have difficulty rebuilding the tax base without economic growth, and is unable to maintain balanced operations while increasing pension contributions.