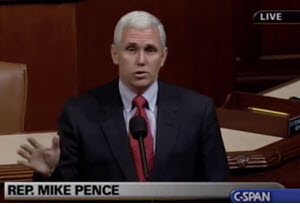 The National Hurricane Center said this afternoon, "An area of low pressure could form over the southwestern Gulf ofMexico by the weekend.  Development, if any, of this system isexpected to be slow to occur as the low moves slowly northward .If this system does develop, it could bring additional rainfall to portions of the Texas and Louisiana coasts.  However, any rainfall forecast is uncertain at this time range and it is too soon todetermine any specific impacts.  Interests in these areas should monitor the progress of this system for the next few days.* Formation chance through 48 hours...low...near 0 percent.* Formation chance through 5 days...low...20 percent.

To wall or not to wall? That is the question.

Only days ago, President Donald Trump was talking about shutting down government to ensure his Mexican wall gets built. Enter one Tropical storm Harvey, hundreds of thousands of people displaced, possibly a sizeable percentage of those people without any flood insurance on their homes. So, what's a President and a Congress to do?

According to many loyal Trump supporters, the border wall must get done.  Conservative radio talk show host Jeff Crouere on  WGSO 990 AM said Tuesday morning, the wall is what Trump promised when he campaigned, he can't back down.  Based upon comments from others on social media and talk radio, Crouere's sentiments are well supported--"the wall must go on".

The issue however might not be resolved without a fight.

Today, according to the AP, "President Donald Trump is promising billions to help Texas rebuild from Hurricane Harvey, but his Republican allies in the House are looking at cutting almost $1 billion from disaster accounts to help finance the president’s border wall.

The pending reduction to the Federal Emergency Management Agency’s disaster relief account is part of a spending bill that the House is scheduled to consider next week when Congress returns from its August recess. The $876 million cut, part of the 1,305-page measure’s homeland security section, pays for roughly half the cost of Trump’s down payment on a U.S.-Mexico border wall.

It seems sure that GOP leaders will move to reverse the disaster aid cut next week. The optics are politically bad and there’s only $2.3 billion remaining in disaster coffers."

SIXPENCE AND A CRUZ

Twelve years ago, then House of Representative member Mike Pence of Indiana made statements about Hurricane Katrina that he might regret making.  At that time, the now-Vice President Pence quoted the bible, reaffirmed his desire to aid the victims but said "a catastrophe of nature cannot be a catastrophe of debt". He spoke out against funding billions for the hurricane without making sure it can be budgeted, or in other words, paid for. He's not the only Republican to take positions on catastrophes such as hurricanes only years later, having to explain away those words. Last year, after Louisiana got socked by unexpected and horrific flooding, the focus was on the words by various Republican Louisiana congress members who weren't happy about contributing to Super Storm Sandy which hit the northeast coast, but wanted the feds to fund Louisiana due to the extraordinary flood of 2016.  Once questioned about their prior positions, they claimed there was too much pork in Sandy and they were against the pork, not the funding.

Below Discuss Trump's wall, and funding of Harvey rebuild

Same goes now for Republican Texas Senators Ted Cruz and John Cronyn who cite runaway spending, as their reasons for opposing Sandy funding. One New York Congressperson remembers their decision but claims he will back Texas and the Harvey funding, regardless.

Video: “Katrina breaks my heart...but we must not let Katrina break the bank for our children & grandchildren” Mike Pence-2005 #ImpeachTrump pic.twitter.com/SxmT8NGEA7

More in this category: « Why is Louisiana Democratic Party turning back on Derrick Edwards? LAGOP picks Lenar Whitney’s “global warming a hoax” for PSC over former Democrat Baldone »
back to top