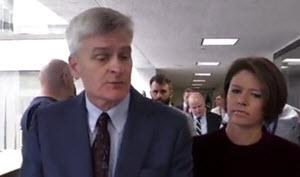 The die is cast. There’s appears to be a political showdown set for next week. Call it the medical high-noon.

And, Louisiana’s US Congressman William Bill Cassidy, Republican from Baton Rouge, is in the cross-fire.

It is his legislation with Lindsey Graham’s co-authorship that will determine the fate of the Affordable Care Act, aka, Obamacare.

Cassidy, who beat senior US Senator Mary Landrieu in 2014 is at the fulcrum of the debate.  Last night, he was the focus of intense criticism from talk show host Jimmy Kimmel.  Today, he defended his position on national television news shows.

While the date is not set, at least the official notice that a vote is expected to be taken on the Graham/Cassidy legislation. According to news reports, a spokeswoman for Senate Majority Leader Mitch McConnell (R-Ky.) said Wednesday,  "It is the Leader's intention to consider Graham/Cassidy on the floor next week," the spokesperson said.

The thrust of the latest effort to repeal the much-criticized healthcare legislation are block grants for states, removing the focus of providing healthcare from the federal government to the states.

The effort to repeal Obamacare this time is expedited because it will be the last opportunity for the US Senate to pass the legislation needing only a simple majority.  The deadline for passing the legislation with 51 votes is the end of this month, September.

Your opinion about Louisiana's US Senator Cassidy's Obamacare repeal bill? Discuss below

So far, the only US Senator on record to oppose the legislation is Kentucky’s Rand Paul.

Louisiana’s Governor John Bel Edwards has joined a coalition of governors in opposition to the Graham/Cassidy legislation.

Below are relevant tweets evolving around Senator Cassidy