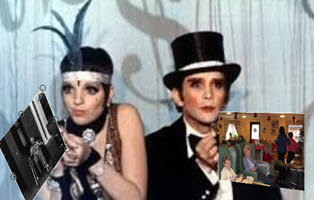 If you like political posturing, puffery, bombast, and breast-beating, then the reaction to that LETTER being sent out to 37,000 nursing home patients in Louisiana is tailor-made for political junkies like you.

The letter, sent out by the Louisiana Department of Health, got the desired reaction. CBS Evening News featured the story prominently in its Wednesday newscast, complete with a brief interview with Jim Tucker of Terrytown, operator of some dozen nursing homes.

It’s interesting that Tucker was sought out for camera face time. He was Bobby Jindal’s Speaker of the House who abetted Jindal for eight years in gutting the state budget of services for the elderly and mentally ill. And now the roll him out in front of the cameras to cry wolf.

The Edwards administration tried to assure us, through Commissioner of Administration Jay Dardenne and LDH Secretary Dr. Rebekah Gee that this is not Chicken Little, that the sky really will fall if budget cuts are not restored by July 1, the date that the state is projected to fall over the metaphorical fiscal cliff when $650 million in tax revenue falls off the books.

Typically, the reaction by Republicans in the legislature, the same ones who have steadfastly refused to face fiscal reality since the beginning of the Jindal accident in 2008, was to scream foul to anyone who would listen—and there were plenty who did.

Dr. Gee, of course, did her part, even tearing up as she explained to the TV cameras that hearts “are breaking over the need to do this. We can’t provide services with no money to pay for them.”

Dardenne added his bit, saying, “This letter is scary, but it’s not a tactic. This is the reality that we are facing.”

But House Appropriations Committee Chairman Cameron Henry (R-Metairie) gave the best performance. With a lock of hair hanging down over his forehead a-la the late Bobby Kennedy, he bleated, “This is premature at best, reckless at worst,” adding that the letter was designed “to scare the elderly of this state, and that is an embarrassment.”

Perhaps, but Cameron Henry should understand that the legislature is no less an embarrassment to those of us who have to observe its collective ineptitude on a daily basis.

Ditto for Rep. Lance Harris (R-Alexandria), chairman of the House Republican Delegation, who called the letter an “unnecessary political scare tactic done to intimidate and frighten the most vulnerable people into believing they will be kicked out onto the streets if the governor doesn’t get everything he wants in the form of revenue.”

Lost in all the rhetoric is the hard fact that the administration might not have found it necessary to send out the letter—regardless whether it’s a scare tactic or reality—had the legislature made any effort to face up to its responsibility to the 4.5 million citizens of this state.

But here’s the real reality—and just remember where you read it:

Not a single nursing home patient is going to be evicted. Not one.

Want to know why?

And I don’t mean money to be appropriated by the legislature to properly fund state government, nursing homes included.

And that’s just over the past four years.

More than $50,000 was contributed the campaign of Edwards.

Henry, the one who called out the administration for its “scare tactics,” received more than $10,000 since 2014.

Louisiana Public Service Commission member Foster Campbell said on the Jim Engster show on Louisiana Public Radio earlier this week that since he first ran for the legislature more than 40 years ago, the cost of seeking political office has become cost prohibitive. Foster said when he first ran for the State Senate in 1975, he borrowed $7,500 to finance his campaign. “Now, it costs hundreds of thousands of dollars” and the average person who wants to serve cannot afford to do so, he said.

I’ve always wondered why corporations and the wealthy who seem so concerned about “good government” don’t use their money to help others rather than lavish it on politicians.

But I don’t wonder about it long. The answer is obvious: power and influence.

And that’s a sorry commentary on our political system, from the local level all the way to the very top of the political pyramid.

And it’s for that reason that not a single nursing home resident will be evicted. By some miracle, repeated every year, it seems, extra money will be “found” to do what is politically expedient.

Remember where you read it.

More in this category: « Louisiana's Jim Brown, at 78, in full rage against the dying light Louisiana films: The Purge, Class Rank, Kevin Costner, Wood Harrelson means comeback »
back to top