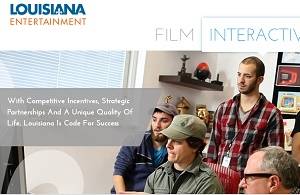 The Purge, Class Rank, Greyhound, The Highwayman, Kevin Costner, Woody Harrelson—the Louisiana film industry and tax credits are signs that there’s plenty of shooting going on around the state.

As a result of the filming, jobs are being created.

This week, the Louisiana Economic Development has issued two press releases regarding the filming industry, indicating strong activity and somewhat of a comeback for making movies in the state. The tax credits and film industry took a hit over the past couple of years due to state budget issues that resulted in a significant drop in movies in the state. Louisiana led the rest of the nation in filming movies and TV shows until the budget crunch reducing the tax credits offerings caused a slow down in new projects.

Here are the two separate press releases from the Louisiana Economic Development:

Filming began this week on The Purge, the latest television series to be produced for a major cable network in Louisiana. The Purge will air on USA Network this fall. The premiere and finale episodes will be simulcast on SYFY.

The series will film a 10-episode season in and around New Orleans. Total Louisiana expenditures for the production are estimated at $20.7 million. The project is expected to create 200 jobs, including $16 million in Louisiana resident payroll.

“Louisiana’s enhancements to the Motion Picture Production Tax Credit program are contributing to a substantial surge in production in our state this year,” said Executive Director Chris Stelly of Louisiana Entertainment, a division of Louisiana Economic Development. “The Purge is a great example of the stability we have created. Our state is the perfect setting for this television series, and we look forward to many years of sustained success.”

The Purge is based on the hit film franchise of the same name; the fourth Purge movie is set for release this summer. The television series is a production of Universal Cable Productions (Amazon’s Homecoming and USA Network’s Mr. Robot and The Sinner) and indie studio Blumhouse Television (HBO’s upcoming Sharp Objects and Showtime’s Loudest Voice in the Room).

Class Rank, an independent film produced by Louisiana native Shaun Sanghani and shot in Central Louisiana, will premiere this week in U.S. theaters. Distributed by Cinedigm Corp., the movie will open Friday in select major markets across the country, as well as in Sanghani’s hometown of Alexandria, Louisiana, where much of the principal photography took place.

“Louisiana is home to many talented individuals across the entertainment spectrum, and there is no better place than here for creative endeavors like making feature films,” Louisiana Economic Development Secretary Don Pierson said. “Our entertainment program is encouraging production companies to put down roots and create jobs in Louisiana. Producer Shaun Sanghani’s film is another good example of putting Louisiana’s abundant creative talent to work.”

Class Rank is the story of two high school outsiders who join forces to take on their local school board and its system of class rankings. The film stars Olivia Holt, who also will star in the television series Marvel’s Cloak and Dagger, which filmed in Louisiana in 2017 and will launch on the Freeform network next month, and Skyler Gisondo (Santa Clarita Diet). Co-stars are Academy Award-nominee Bruce Dern (Nebraska, Chappaquiddick) and Kristin Chenoweth (Glee, Pushing Daisies). It was directed by Eric Stoltz (Madame Secretary, Pulp Fiction).

The movie was filmed in 2015 with estimated Louisiana spending of $528,000, including $142,000 in Louisiana resident payroll. It provided jobs for about 100 Louisiana residents and used about 500 extras, most of them students at a high school in Alexandria where several scenes were shot.

Sanghani credited Louisiana’s Motion Picture Production Tax Credit for creating the opportunity to make Class Rank, and for encouraging production companies and creative individuals in the entertainment industry to stay in Louisiana.

“Most of my investors were Louisiana folks, just local people who believed in me – doctors, lawyers, just people who I’ve known for a while, who had seen my other work,” said Sanghani, who was named by Variety this week as one of the “10 Producers to Watch in 2018.” “When I make a movie here, it’s a multiplying effect for me because I live here. When I make money, I spend more money, I pay more taxes and I make more movies. The same goes for the people that I hire that live here. I’m glad that Louisiana is building something here that is sustainable.”

Feature films under way in the state include Open World (also known as Captain Marvel), You Might Be the Killer, The Secret, Foe Paw (also known as Happy Death Day 2), Five Feet Apart, Darkest Day and Fonzo. Scripted television series in production include NCIS: New Orleans (Season 4) for CBS, Queen Sugar (Season 3) for the Oprah Winfrey Network (OWN), Claws (Season 2) for TNT; ZeroZeroZero for Amazon; Deadlier Than the Male for TNT and The Purge for USA Network and Syfy. The reality TV series being filmed in the state now is Pit Bulls and Parolees for Animal Planet.

Among the high-profile motion pictures that completed filming in Louisiana in recent weeks were Greyhound, starring Tom Hanks, and The Highwaymen, starring Kevin Costner and Woody Harrelson.