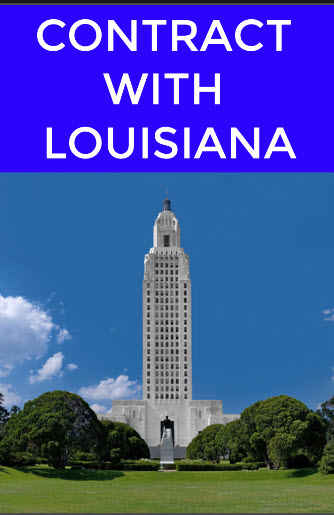 Roughly two months before the 1994 elections, Republicans released the Contract with America. This document promised specific reforms if Republicans were put in charge of Congress, including a balanced budget amendment, higher voting thresholds for tax increases, small business tax relief, ethics improvements and systemic reforms to the legal system, social security and welfare. The document was well drafted, broadly distributed and resonated with the American people. The result was an electoral tidal wave where Republicans took back the majority for the first time in 40 years, winning 54 House seats and nine Senate seats. Two years later President Bill Clinton was re-elected in large part by rejecting his more liberal agenda and instead championing many of the reforms put forth by Republicans in the Contract with America.

In 2018, many Louisiana voters are frustrated with where things stand but are somewhat lost on who to follow, what to believe and where to go for answers. A fiscal cliff narrative that pummeled us for nearly three years has been addressed, but our future is no less uncertain. Taxes and spending have gone up significantly since 2015, while wages, family income and our economy have struggled to find consistency and growth. Medicaid is up roughly $4 billion in three years and now covers roughly 1.7 million of our people. Our transportation project backlog is more than $13 billion and our schools still rank at the bottom of most national categories. Nearly 27,000 people left Louisiana over the past year while our fellow southern states are seeing growth and business expansions. Louisiana needs a new plan in which our people can believe.

While old and new problems mount, too many politicians of both political parties remain focused on the same old spin and blame we have seen for generations. It?s always the other guy?s fault and somebody else?s duty to pay for everything. That game no longer makes sense, and the need for a new agenda that works for the people of Louisiana is paramount. It?s time for a Contract with Louisiana.

A Contract with Louisiana must be one that can be supported by any voter or politician willing to put the needs of the people before the wants of government. It should emphasize personal responsibility, smarter government and sustainably solving problems. A new agenda must appeal to voters of all ages and political parties. Above all else, it should be more than just pumping money into the same old strategy that has failed for as long as we can remember. In my opinion, a Contract with Louisiana should look something like this:

Louisiana Needs a Constitutional Convention: Our long and convoluted constitution has been amended 186 times in 44 years and makes it virtually impossible to fundamentally reform government. Local autonomy is severely restricted and trampled by big government from the State Capitol. Far too many dedicated funds, local subsidies and overlapping boards and bureaucracies force dollars away each year from priorities like education and health care.

Louisiana Needs Medicaid Reform: According to a recent study by the PEW Foundation, the percentage of Medicaid funding has roughly doubled since 2000, more than any other state during that time. The Louisiana Legislative Auditor has testified that up to 25 percent of adult Medicaid recipients? income does not match their tax records, indicating they may not be eligible for the program. People who qualify and warrant assistance should receive it, but those cheating the system must be stopped. Sensible reforms such as work or training requirements, co-pays and accountability provisions to ensure dollars are not being wasted must be implemented.

Louisiana Needs Pension Reform: Our unfunded pension costs are estimated to be $19 billion, which represents more than 10 percent of state personal income and ranks 12th among states. Additionally, workers today demand a mobile and agile system. In fact, one state pension system estimated that 70 percent of current members would not stay long enough to receive a benefit. These costs are crippling our school and university budgets, and these plans are not meeting the needs of workers. A reform that keeps promises to current workers but makes pension plans for future workers more usable and affordable is a must.

Louisiana Needs Continued Education Reform: Louisiana?s K-12 system has ranked as one of the lowest performing systems for generations. Too many families are forced to send their children to failing schools or to pay out of pocket for private schools. Dumping more money into the same system year after year has not made a difference. Louisiana must embrace reforms that save money and put families first. Louisiana should make better use of existing dollars by expanding school choice to let more parents decide where their child goes to school. Louisiana should embrace neighborhood schools to increase parental involvement, require that more current investments go to the classroom rather than bureaucracy and dedicate a portion of the local share of the new internet sales collections to merit pay for teachers.

Louisiana Needs Legal Reform: Our car insurance rates are second highest in the nation, placing huge costs on small businesses and working families across the state. Sensible reforms like lifting the seat belt gag order and raising the jury trial threshold can put us in line with other states and help lower these costs. We are losing oil and gas investment to areas like West Texas and Pennsylvania. Stopping the unique and excessive lawsuit culture against these job-creating industries can lift wages and attract new jobs.

Louisiana Needs Economic Reform: Tax reform must once again mean removing exemptions and deductions to lower tax rates, rather than just political spin to justify tax hikes and spending increases. Additionally, workforce preparation must improve. Too many employers cite a difficulty hiring workers who can read/write, have good soft skills and are drug-free. This is a sad indictment of the state of our workforce. We must advance efforts to expand early education, accelerate the flagship agenda at LSU, prioritize community college investments and focus college funding on STEM and other workforce-related fields. Additionally, efforts to better treat and train incarcerated low-level offenders will help reduce recidivism and expand job growth.

Louisiana Needs Infrastructure Reform: Baton Rouge needs a new bridge. So does Lake Charles. Other bridges and roads must be improved throughout rural Louisiana. I-49 South must be improved to promote economic growth and community safety. Public transportation in many of our cities is rife with cost and ridership problems. Our ports need investments to compete with other states, and our coastal areas need more action on restoration and less talk. The right plan to fund the right projects must be developed and brought to a vote of the people. This plan must include public/private partnerships, embrace innovative technologies such as ride-sharing companies like Uber and Lyft and marry any requests for new revenue with strong accountability on where those dollars will go. Taxpayers will not invest in any plan they do not trust.

Louisiana Needs Government Reform: Since the 1920?s, the State Capitol has been too powerful. That must change. The subsidies must shrink, and taxation should stay local as much as possible. The size of state government must shrink, and local governments should step up to be more solution oriented. State agencies and many of the services they provide must be combined to be more efficient and affordable. More of these state services must depend on technology rather than buildings, people, bureaucracies and pensions to deliver them. Personal responsibility based in local control must become the new mantra instead of every man a king, compliments of the state.
This is a contract Louisiana needs, and it is not relevant to any one party or region. Voters want to believe in something, but spin and sound bites won?t cut it anymore. They want a plan. They want a promise. They want a contract. It?s time to give them one.

More in this category: « Bad justice is good reason to hang up the Louisiana death penalty WARNING: Louisiana issues fish consumption advisory for 9 waterways »
back to top