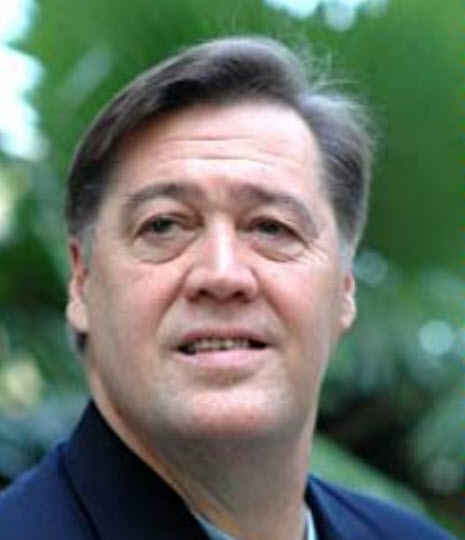 Lafayette criminal defense attorney Ray Mouton was contacted back then by the Catholic Diocese of Lafayette.  Diocese officials badly need a criminal defense attorney who was a Catholic and who would have the church's interest at heart.  Ray felt an obligation to help his church, but quickly learned that criminal charges had been filed against a local cleric, Father Gilbert Gauthe, who was the first Catholic priest in U.S. history to be criminally charged with molesting numerous children throughout South Louisiana.

Ray had been a longtime friend and political supporter of mine, and he would tell me how this case had taken over his life.  He was quoted in USA Today recently in saying that “he waded into his defense of Gauthe with a certain naiveté. As a criminal defense lawyer, he thought he had seen the worst of humanity, but this was his mother church. Gauthe must be an aberration, he reasoned.  "I honestly believed the church was a repository of goodness," Mouton said. "As it turns out, it wasn't.”

Ray was appalled at the growing number of priests involved in the same molestation accusations. He ended up fighting with church officials who opposed any effort to make his evidence public.  "The church fought me at every turn," Ray said. "They wanted me to plead him out and make it go away."

The case cost Ray dearly.  His marriage ended, his law practice was in ruins and he became an alcoholic.  “I worked, battling the diocese, the American church and the Vatican until I literally burned myself up spiritually, mentally, and physically."   My friend now lives peacefully in southern France.  Ray has written a novel related to his experience called “In God’s House.” He is no longer a Catholic but he does slip into a local church from time to time. "I only go into churches to light candles for all the innocent children whose names I will never know," Ray said, "all those children who have been abused."

A second good Louisiana friend, Jason Berry from New Orleans, has written compellingly about similar problems in the church in his book, “Lead Us Not into Temptation,” published back in 1992.  In his forward for Jason’s book, Father Andrew Greely concludes that sexual abuse may be the greatest scandal in the history of religion in America.  Now this was written some 26 years ago. Yet the disgraces within the Catholic Church would seem to be at an all-time high today.

Jason, who is a devout Catholic, has been one of the most compelling voices in church reform for a number of years. His writings have received numerous awards, both within and out of Catholic circles including the Investigative Reporters and Editors Best Book Award for his book “Render unto Rome: The Secret Life of Money in the Catholic Church.” Simply put, Jason’s view is that the church hierarchy needs purifying, not the faith itself.

Now I’m not Catholic.  But I’m close.  I was married in the Catholic Church, my three daughters were baptized as Catholics, and I have been attending mass for years.  Just two weeks ago, I was the only layman joining 20 Benedictine monks on my personal weeklong retreat at St. Joseph’s Abbey in Covington, Louisiana. My home state is 28% Catholic, and like most Louisianans, I am deeply concerned about this ongoing church crisis.

I want to give accolades to the Ray Moutons, the Jason Berrys and a host of other lay Catholics who have the courage to openly confront the abuse that has been allowed to simmer in Louisiana and throughout the nation. And maybe that’s part of the answer.  More believers who stand by their faith yet are stirred to actively protest.  Hopefully, such committed Catholics are out there in growing numbers.

More in this category: « Ready for Edwards-Nungesser ticket? Appoint other statewide elected officials? Kenner Mayor Ben Zahn still in eye of Nike storm over internal memo »
back to top