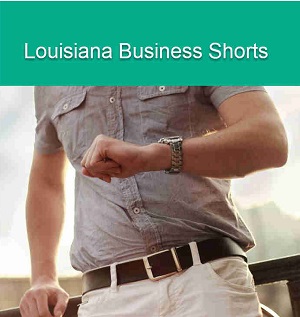 According to an email from Michael Hecht of GNO Inc, New Orleans tech community has plenty of activity which is receiving national recognition. Here's the latest:

Online magazine OZY, a millennial-focused news site with over 5M monthly visitors, has named New Orleans one of “Three Rising Tech Hubs that May Surprise You.”

Writes OZY:  “In its post-Katrina era, New Orleans — nicknamed “Silicon Bayou” — has defied its Mardi Gras reputation to become a destination for serious tech innovators…within the past five years the city has created more than 14,000 jobs and received $7 billion in capital investment. But what exactly makes this city so appealing to tech companies and investors?  For one, the state of Louisiana offers a tax incentive program for tech entrepreneurs that’s among the most generous in the country. In addition, Louisiana has committed $25 million to local colleges and universities to help develop professional programs that will respond to its rapidly growing tech sector.”

Columbus, Ohio and Wilmington, Delaware were also recognized.  You can read the full article here.

A New Orleans-based law firm is launching a call-billing app that will allow users to track the time and duration of client phone calls with precise billing statements.

The Acadiana Law Firm, LLC, operated by New Orleans attorney Thomas Ainsworth Robichaux, is rolling out Talk-Time, an app which allows users to designate their native mobile phone contacts as clients. It will then track all calls, texts and emails to or from that client with date, time duration, and other data central to those who track by hourly rates.

“At billing time, the user can export the data via email attachment or directly to other compatible apps,” said Robichaux,” and event make manual notes for each entry.”

While there are other time management and billing apps out there, this is the only one that tracks the data in real time, said Robichaux.  The app is initially only usable for Android phones.

“Most apps merely allow the user to make manual entries on their device, something that could be accomplished with basic apps such as Notes. A few will ‘mine’ your phone for data, something that may have security and privacy implications,” said Robichaux. “Talk-Time makes time tracking almost completely automatic.”

Each Talk-Time client that is tracked may have multiple case names or numbers assigned by the user, so after a call is over, the user gets to choose the case name or number and enter an optional note.  Other than that, once the contact is designated as a client, it’s all done for you.  No more stopping to write down the details of the call in a notepad or type it into an app, said Robichaux.

Robichaux and The Acadiana Law Firm are offering a free beta version for people who sign up before the app is officially launched on December 1, 2018. You can sign up for the free beta test version at www.talk-time.usthrough November 30.

U.S. Secretary of the Interior Ryan Zinke announced today that Interior’s Office of Natural Resources Revenue (ONRR), disbursed $91.045 million in Fiscal Year 2018 energy revenues to Louisiana. This represents an increase of $82.158 million from the previous year’s total. The funds are derived from energy produced on federal and Indian lands, as well as U.S. offshore areas.

“President Trump’s energy dominance strategy is paying off and local communities across America are the beneficiaries,” said Zinke. “Trump Administration policies like reforming and reducing regulatory burdens and broadening access to the nation’s oil, gas and coal resources, have made America the largest oil and gas producer in the world. For a second year, energy disbursements are up, this year by $1.82 billion, for a total of $8.93 billion that will be shared with states and Tribes. This critical source of funding will be used for educational and infrastructure improvements and land and water conservation projects, and to create good-paying American jobs.”

Energy disbursements for FY 2018 totaled $8.93 billion, an increase of nearly $1.82 billion from the previous year. The increase is primarily attributed to higher oil prices, increased oil production, expedited permitting, streamlined regulations, and increased demand, during the year as the economy and exports have continued to expand.

ONRR disbursed $1.78 billion of the FY 2018 energy revenues to 35 states, a cumulative share of revenues collected from oil, gas, and mineral production on federal lands within their borders and from offshore oil and gas tracts in federal waters adjacent to their shores. Louisiana ranked fourth in the country for FY 2018 receipts.

All federal, non-renewable energy revenues are collected, accounted for, analyzed, audited, and disbursed by Interior’s Office of Natural Resources Revenue. The revenues are derived from energy and mineral leases and other monies owed for the use of public resources on the U.S. Outer Continental Shelf and onshore federal and American Indian lands. Since 1982, ONRR has disbursed more than $302 billion in mineral leasing revenues. ONRR makes most disbursements on a monthly basis from the royalties, rents and bonuses it collects from energy and mineral companies operating on federal lands and waters.

A complete list of states receiving revenues and FY 2018 disbursement data will be available on the Natural Resources Revenue Data portal located at https://revenuedata.doi.gov/.

More in this category: « LABI honors Louisiana job creators and innovators Should Louisiana be Uncle Sam's protectorate if we're so incompetent? »
back to top