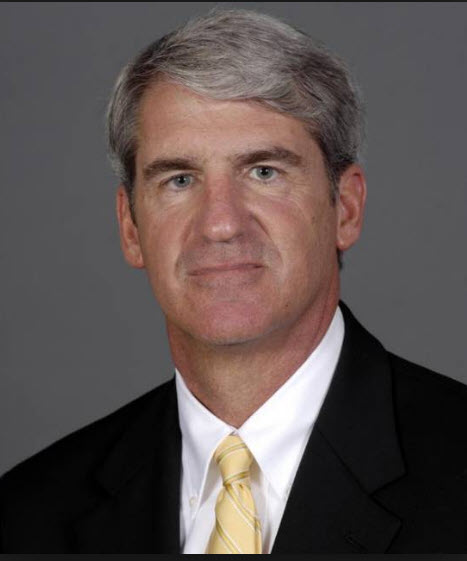 Even though the FBI repeatedly said that Hatfill was not a suspect in the case, it nevertheless directed the university to prohibit Hatfill from participating in any projects financed by the Justice Department.

LSU meekly complied without asking the FBI for a shred of evidence. The university denied that its decision was influenced by the fact that LSU received substantial funds from the Justice Department for programs that trained law-enforcement and public health officials to handle bioterrorism attacks and similar crises.

Not satisfied with firing Hatfield, LSU went a step further in firing his boss, STEPHEN GUILLOT, director of the National Center for Biomedical Research and Training and the Academy for Counter-Terrorist Education.

And our legislators wonder why so many professors are looking at Louisiana in their rear-view mirrors.

Can you say “extortion”?

Hatfill had the last laugh, however, settling his LAWSUIT against LSU and the federal government for $4.6 million.

The odyssey of a former LSU BAND DIRECTOR got more ink than the injustices inflicted upon Hatfield.

The Baton Rouge SUNDAY ADVOCATE was liberally PEPPERED with stories SPECULATING with breathless anticipation the next steps for Wade and LSU. The gnashing of hands and wringing of teeth even carried over to Monday with yet another story that DICK VITALE had returned to a Baton Rouge radio show to discuss the monumental ongoing saga that, to rabid LSU fans at least, carries all the weight of say, the selection of a new Pope.

Yet, only minimal coverage was given to the manner in which LSU canned hurricane scientist IVOR VAN HEERDEN following his criticism of the U.S. Corps of Engineers because his public statements were “hurting LSU’s quest for federal funding across the board.”

The fact that van Heerden’s criticism was vindicated when tests of steel pilings revealed the very deficiencies, he had described that led to the levee breaches during Hurricane Katrina did nothing to prompt LSU to rush to reinstatement.

So, he did the obvious: he FILED SUIT filed suit against LSU in 2010 for wrongful termination.

LSU, if nothing else, is consistent. It doggedly defended the lawsuit, even after losing one key ruling after another until Jed Horne, a columnist for THE LENS, a New Orleans online news service, wrote:

Journalists and members of the LSU community who are aware of the ongoing persecution are disgusted and somewhat mystified that the university has chosen to go after van Heerden, rather than quietly settle this shameful case. It seems especially odd in light of the state’s increasing vulnerability to catastrophic storms and van Heerden’s proven expertise in anticipating their wrath—not to mention the high cost of protracted litigation as Gov. Bobby Jindal makes devastating cuts to the university’s budget.

Finally, after throwing $435,000 of taxpayer funds down a rat hole to defend the suit (benefiting no one but the state’s defense attorneys) LSU finally decided to settle in February 2013 for an undisclosed amount. Again, taxpayer dollars but this time the court concealed from public view the amount of the settlement, itself a disturbing trend when public dollars are involved.

While the local media in Baton Rouge have given extensive coverage to the travails of poor Will Wade (six-year, $15 million contract), not a nano-second of air time nor a single sentence has been devoted to the manner in which the LSU Dental School swept a multi-million-dollar scandal under the rug by firing the whistleblower who revealed that a joint replacement device developed by Dr. John Kent, head of the LSU School of Dentistry’s Oral and Maxillofacial Surgery Department, was defective. That the deficiencies resulted in excruciating pain and at least eight suicides wasn’t enough to prevent the department from ruining the career of DR. RANDALL SCHAFFER.

But thank God Will Wade has been reinstated.

Following drastic budget cuts to higher education in general and LSU in particular by the Bobby Jindal administration and his lap dog legislators, it was decided that LSU President JOHN LOMBARDI  John Lombardi had to go for his failure of leading LSU to its “true vision and leadership.” Lombardi had opposed some of Jindal’s PROPOSALS, a cardinal sin, it turned out.

One of the things that sealed Lombardi’s fate was his hesitancy to endorse the surrender of the LSU Medical Center via a contract containing 55 blank pages. The beneficiary of Jindal’s generosity, by the way, was a sitting member of the LSU Board of Supervisors who headed the outfit that took over University Medical Center in Shreveport. But no conflict there, apparently.

Also loath to approve the giveaway of one of the finest teaching hospital systems in America were LSU Health Care System head Dr. Fred Cerise and Interim Louisiana Public Hospital CEO Dr. Roxanne Townsend. On July 17, 2013, there was a meeting at which the privatization of the state’s system of LSU medical centers was pitched.

Both Cerise and Townsend were present at that meeting and both EXPRESSED THEIR RESERVATIONS. Members of the Board of Supervisors who were at the meeting “indicated they want LSU’s management to pursue this strategy,” according to a two-page summary of the meeting prepared by Cerise.

With days, two of the most respected members of the LSU medical community were gone. Fired.

But LSU has Will Wade back in the fold and all is well.

Following drastic budget cuts to higher education in general and LSU in particular by the Bobby Jindal administration and his lap dog legislators, it was decided that LSU President JOHN LOMBARDI had to go for his failure of leading LSU to its “true vision and leadership.” Lombardi had opposed some of Jindal’s PROPOSALS, a cardinal sin, it turned out.

And who could ever forget the humiliation the LSU Board heaped upon legendary football coach Charles McClendon by making the man wait in his car back in 1979 while the board decided his fate? He was canned because he couldn’t beat Bear Bryant. Well, guess what? No one else was beating the Bear either. If that is the barometer for a coach’s survival at LSU, then no coach’s job is safe as long at Nick what’s-his-name is at ‘Bama.

And the ham-fisted manner in which Athletic Director Joe (Duke lacrosse death angel) Alleva handled the LES MILES firing had all the delicacy and subtlety of Jack the Ripper.

But Will Wade is back and that makes everything okay.

Until the other shoe drops from the ongoing FBI investigation, as it almost surely will.

More in this category: « LSU basketball coach refused to Wade into kangaroo court scrutiny Louisiana political status quo will pay for The Advocate's new wall »
back to top