Louisiana has the "hots" for Tobasco Sauce 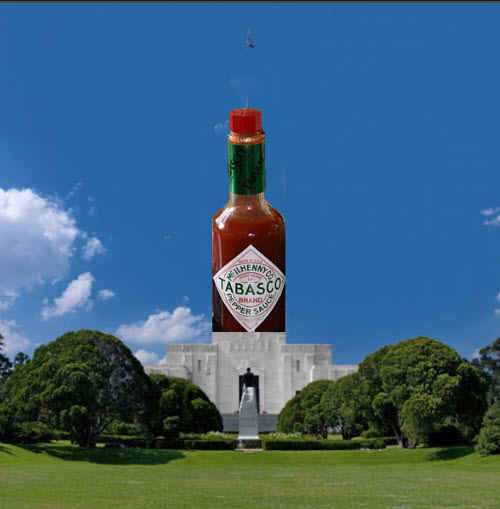 Grandparents visiting day took me to Portland, Maine this past weekend to spend time with my two oldest grandsons.  The highlight of the trip was of course hanging out with the boys and attending their various camp activities. But second on my list was to partake and enjoy Maine seafood, particularly the bountiful supply of lobster.  Now coming from the Bayou State with the best seafood in the nation, my standards are high. And with all due respect to the fine folks in Maine, I was disappointed.

My first food stop was for a lobster roll at one of the seafood joints that are on every corner.  Now a lobster roll is simply a hotdog bun filled with lobster meat with a little mayonnaise on top.  Sure, the lobster meat was tasty, but the roll needed spicing up a bit. So like any other hungry Louisianan would do, I asked for some Tabasco sauce.  “Don’t have any,” I was told. I received the same response at several other seafood stops.

The lesson here is that our yankee friends don’t know how to spice up their seafood.  It is often rather bland. Seafood and hot sauce go hand in hand down here where I live.  And Tabasco is the gold standard when it comes to condiments. I was in northern Thailand a few years ago eating lunch at an outdoor cafe with dirt floors along the Cambodian border, and when my rice dish was served, included was the Tabasco sauce.  But I couldn’t find it in Maine.

I first learned about Tabasco sauce in a rather unpleasant way back in 1972.  I was a newly elected state senator and one of my first proposed new laws was to create a Louisiana cancer registry. The Bayou State has what has been called “cancer alley” along the Mississippi River south of Baton Rouge.  My proposal was to direct the Department of Hospitals to put in place a monitoring system to try and determine what was causing such high incidences of cancer.

When I spoke before the Senate to lobby for my suggested legislation, I told my colleagues: “We really do not know what is causing such a high rate of cancer.  Maybe it’s in the air along the river, perhaps it’s in the water, or maybe it’s something we eat. For all I know, it could be the Tabasco sauce.” As the President would say, my mistake was HUGE.

Remember now, I was a redneck legislator from Ferriday, and back then we did not spice up our food that much.  Not having used Tabasco sauce, I honestly thought the name was generic, like mustard or ketchup. I had no idea Tabasco was a popular brand name.

Later that night, I was asleep in my apartment at the Pentagon Barracks when the phone rang.  It was a state trooper stationed at the governor’s mansion, and he told me a Mr. Walter Mcllhenny was desperately trying to get in touch with me.  I immediately called him and it would be an understatement to say he was upset. I explained that I genuinely thought the brand was generic and I profusely apologized.

I told him I would stand up in the Senate the next day, explain my regrets and try to clarify my mistake.  “Oh no,” he admonished. “That could only make things worse. Let’s just let it be.” So we did, I learned a good lesson, and have become a Tabasco aficionado ever sense.  I often carry a small Tabasco sauce bottle as I travel, particularly in “bland, food seasoning free zones” like Maine and the West Coast.

Louisiana has to be considered the spice Capitol of the nation.  Whether we cook with the holy trinity of spices (onions, bell pepper and celery) or blend in garlic, bay leaves thyme and stewed tomatoes, it’s the herbs, spices and other special flavors that make the Bayou State unique when it comes to succulent cooking.  But of all the ingredients, it’s the hot sauce that really brings out the taste. And despite my faux pas many years ago, this redneck has become a convert. Hey, pass me the Tabasco sauce.