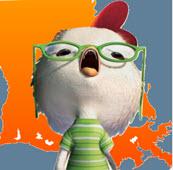 Keep in mind, I generally believe there is hardly any chance for a Republican to win in Louisiana, statewide, but for a fluke election, such as the one we saw in which John Bel Edwards bested David Vitter, who had lost favor among many of his Republican supporters, for a variety of reasons. So, taking the position that the state just doesn’t care about this race and won’t vote, but those in Orleans Parish, who might go to the polls due to a New Orleans Mayor’s Race contest, will turn out, the logical conclusion would be that Edwards might somehow prevail as the Republicans and white voters snoozed.

Obviously, I have not been alone in hearing the siren call. Stephanie Grace of the Advocate and Jeff Crouere, radio talk show host and columnist for Bayoubuzz have expressed the same beliefs.

On Friday, Crouere in a short interview, said, “
“It's going to be very interesting because in many places, Steve, this is the only thing on the ballot and there's going to be an incredibly low turnout, there's very little interest in the race, little knowledge about it. People don't seem to be plugged in. So if I were John Schroeder, I would at least be worried because he needs a decent turnout for him to be comfortable about winning on the 18th.

SABLUDOWSKY: Do you think he has any concern, I mean, the idea that a Republican losing a Statewide election is almost Impossible two, in my opinion, to imagine at this point.
CROUERE: Well, if New Orleans has a bigger turnout than we expect, the estimates I'm hearing are 30% 31, 32% maybe more roughly what I've been hearing, Then you have the possibility that this thing could be getting even closer because there would be a differential of maybe 30 points between New Orleans turn out and what we can see statewide.
So I think that's what has John Schroeder a little bit concerned. I think he's really trying to hit his base. He's coming on my program, he's going to be doing various talk shows--just to remind people that he needs to get out the vote on the 18th.
Early voting is obviously part of the strategy, so that's starting. But this would be an incredibly amazing result because Derek Edwards didn't even get the endorsement until recently of the Democratic party. That has so little faith in him that they didn't endorse him until recently.
SABLUDOWSKY: Right right, just last week, so I'm looking at a quote from The Advocate today Where Tom Schedler, the Secretary of State, calculates that between 10 and 12 percent of Louisiana voters appears to be likely to vote which would be down from 12.5% from early October election
CROUERE: Well you have to assume that includes the higher turnout in Orleans. I assume the statewide number-- so if you take Orleans out of the election, it means that the Statewide turnout for Louisiana would be even lower
A Louisiana pollster, John Couvillon of JMC Polling and Analytics appear to be putting very cold water on the notion that Edwards could win by a squeaker. Not that he is claiming the Couvillon can’t lose, but, that based upon the numbers, the chances are seemingly very iffy. Why such low probability? Here is a relevant portion from his newsletter that essentially appears to be claiming that whites play such a commanding role in Louisiana politics and that even with horrible turnouts statewide, the numbers just are simply not there for a shocking election results.

Apparantly, Couvillon is not impressed with our potential Hail Mary speculation.
Here are Couvillon’s comments from his weekend newsletter:

So, maybe it's too early and downright remote to be screaming Chicken Little in prognosticating this election.

Perhaps. Election Day is now less than two weeks away.

Although there appears way too little interest, maybe turning red state blue will take so much more black and so less white for the Schroder sky to fall.

We will wait and see.