Louisiana voting:Cast electronics to the wind in favor of paper ballots? 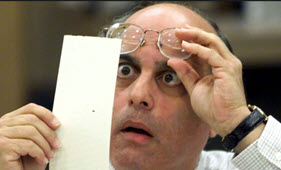 A hue and cry is mounting around the country that voting machines used on Election Day are eminently hackable.  Congress is investigating charges by the Office of Homeland Security that Russia attempted to hack into voting machines in 21 different states.  So is the integrity of our election system being undermined?  Are computer hackers able to change election results?  What gives?

Obviously, there is something fishy going on. It’s not just the election system being hacked.  New reports have told us that computer systems of major companies like Sony, Equifax and even the U.S. Office of Personnel Management have been broken into.  So how can we be sure that your vote cast the polls on Election Day is secure?

There is a recent push by election reformers to go back to, can you believe, paper ballots.  That’s right. Just like the first American elections back in the 1800s. There is a non-profit group called Verify Voting that is telling state officials:  “We have a single technology at our disposal that is invulnerable to hacking: paper.”  So will elections officials do an about face and reinstitute the paper ballot system?

When I was elected as Louisiana Secretary of State back in 1979, there were a number of election fraud allegations.  I formed an Election Integrity Commission and appointed former Secretary of State Wade O. Martin to head up the effort to weed out voter fraud.  Were election shenanigans going on in the Bayou State?  I often quoted former governor Earl Long, who once said:  “Oh Lord, when I die, let me be buried in Louisiana.  So I can stay active in politics.”  Of course there was voter fraud back then using paper ballots.

As one retired local sheriff told me, you could make the election results dance with paper ballots during absentee voting.  Here’s how one could beat the system. During the two-week absentee voting period, the sheriff would have his deputies pick up agreeable voters and bring them to the courthouse to vote.

A piece of paper was cut as the same size as the official ballot. The first voter was given the fake ballot and instructed go into the Clerk of Court’s office where absentee voting was taking place.  He was instructed to drop the fake ballot in to the voting box, put the real ballot into his pocket, bring it back out to the sheriff, where he was paid five or ten dollars, whatever the going rate was to buy votes back then.

Once the first official ballot was in hand, the vote buyer would mark the ballot for whoever he was supporting, give it to the next voter, tell the voter to put the official ballot into the ballot box, return with an unmarked ballot, and he would be paid for his effort.  This could go on all day for the two-week voting period with hundreds of illegal votes being cast.

This scheme was used, particularly in rural areas in the state, by numerous candidates who were trying to beat the system.  So no system at the present time seems to be foolproof.  But elections officials should move cautiously about throwing the current system to the wind and go back to paper ballots.

Louisiana presently has some 10,000 voting machines in 64 parishes. Current Secretary of State Tom Schedler is confident that the present election system works in Louisiana.  He’s done a commendable job so far.  But he has his work cut out in the future in putting in place cybersecurity that protects the integrity of the ballot, but still makes it easy for citizens to cast their vote.