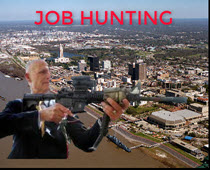 The current impasse regarding the $1 billion budget deficit is instructive. While Republican legislators are calling for serious spending cuts to balance the budget, especially in the area of the state’s bloated healthcare spending, the Governor only seems interested decimating the hugely successful college scholarship program, TOPS. This is a program that benefits many middle-class Louisiana families because it rewards students who study hard and succeed in high school, regardless of income level. Thus, aspiring students from families of different economic backgrounds can benefit. If any state government program should be protected it is TOPS, which makes the Governor’s threats to eliminate the program all the more absurd.

The Governor also has a track record of supporting tax increases. Under intense pressure from the Governor, the legislature passed a package of tax increases which gives Louisiana a very dangerous distinction. Our state now has the highest sales taxes in the nation, which is a major disincentive for any business to move to Louisiana.

With high taxes, a bloated and inefficient state government, soaring crime rates, poor infrastructure, and misguided political leadership, the latest census data should come as no surprise. The shocking results showed that Louisiana was one of only eight states in the country to have suffered a loss of population in the last year. People are leaving our state in droves due to many reasons, including the anti-business environment that has been created.

With Louisiana suffering under harmful policies and inept leadership, we are vulnerable to poaching from our neighbors. In fact, Florida Governor Rick Scott, a conservative Republican, is coming to Louisiana this week to lure businesses to the Sunshine State.

In this “trade mission,” Scott will be selling the advantages of Florida as an ideal place to establish a business. According to Scott, “While we are fighting to cut taxes and make it harder for politicians to raise taxes in Florida, Louisiana is doing the exact opposite. In fact, for nearly two years, Gov. John Bel Edwards has been continuously working to raise taxes instead of reaching a long-term solution for their state’s financial crisis,"

Since he was elected Governor in 2011, Scott has grown Florida’s economy, while Louisiana has seen a recession, an unemployment rate higher than the national average and continual budget problems. Florida also offers no state income taxes, so Scott can credibly claim it “is the perfect location for Louisiana business owners and families who want to keep more of their hard-earned money."

In response, Governor Edwards ludicrously declared that “we’ve turned this state around,” and blasted Scott for a “fundraising stop on another one of your campaigns.” It is believed that Scott will run for the U.S. Senate in 2018 against Democrat incumbent Bill Nelson.

Hopefully, Scott’s visit will be a wake-up call for Louisiana voters. We cannot afford to lose our businesses to Florida or any other state; however, we are not going to keep them in Louisiana unless we become more business friendly. We should follow the example of Florida, Texas, Alabama, Georgia and a host of other Southern states which are doing much better economically than Louisiana under conservative Republican leadership.

The next Governor’s race begins in earnest in only 18 months. Let’s hope voters make a course correction in the next election. Otherwise, Louisiana will continue to lose more businesses, population and, influence on Capitol Hill. Since 1990, Louisiana has lost two congressional seats due to population losses. More losses will be coming until we start to follow the pattern of the states which are prospering, and there is no better example than Florida.

Jeff Crouere is a native New Orleanian and his award winning program, “Ringside Politics,” airs locally at 7:30 p.m. Fridays and at 10:00 p.m. Sundays on PBS affiliate WLAE-TV, Channel 32, and from 7-11 a.m. weekdays on WGSO 990-AM & www.Wgso.com. He is a political columnist, the author of America's Last Chance and provides regular commentaries on the Jeff Crouere YouTube channel and on www.JeffCrouere.com. For more information, email him at jeff@jeffcrouere.com

More in this category: « Will Sen. John Kennedy, a new fixture on Cable News, take on popular Governor Edwards? LAGOP defends Rep. Abraham, cites his father's death in slam vs. LA DEMS, Edwards »
back to top