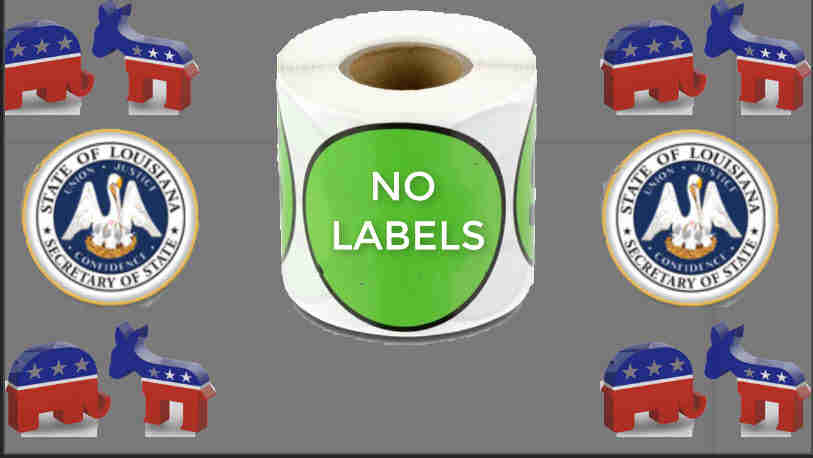 This 'letter to the editor' is a plea for support from the Louisiana Democratic and Republican Parties for a Constitutional Amendment to remove the partisan labels in future races for Secretary of State. It's time to remove even the appearance of impropriety from our system of elections.

Louisiana law already forbids the Secretary of State from participating in elections other than their own. But the party label of the holder of the office also sends a clear partisan message. The officials responsible for conducting our elections should always be independent election watchdogs, independent and above reproach, not partisan politicians.

Like oil and water, partisanship and fair elections just don't mix. The statewide office of Secretary of State should be about the business of making all elections fair regardless of the party of the winning candidate.

The massive infusion of partisan outside PAC money ("dark money" in many cases) over the last few years threaten the integrity of the American election process. Powerful special interests and partisan politicians have no place in the fair conduct of our election process.

Candidates for this nonpartisan office should be able to sell themselves on their ability to show impartiality in making crucial election decisions. This isn't brain surgery or rocket science. Just plain old common sense. Something much lacking in the current hyper partisan political atmosphere.

Let this be a reminder to all elected officials. When you take the oath of office it's not an oath to the political party you belong to. Although some seem to be constantly making that key mistake.

Perhaps if we stop looking at the world through the limited dichotomy of Democrat versus Republican we can find effective solutions to the problems we face in government.

This letter requesting the GOP and Democratic Parties to support legislation for the nonpartisan election of the Secretary of State has been sent to the Chair of the respective parties for their thoughtful consideration.