Is attack upon Rep. Abraham going a bridge too far? 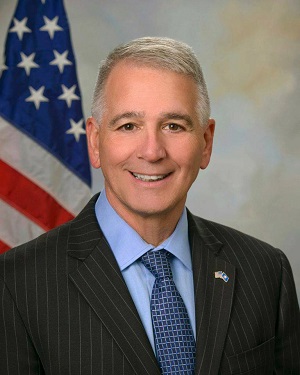 Is the Congressman Ralph Abraham-salary attack, a bridge too far?

How far and how long should a campaign pledge go?

In one respect, that is the issue as the Democratic-based American Bridge once again slammed Republican gubernatorial candidate, Ralph Abraham.

Apparently, the pledge to not take a salary that the good doctor made when he first ran for Congress lasted two years or one term in office.  American Bridge is criticizing Abraham for taking a salary from 2016 to 2018, but faiingl to tell the public that his public pledge had a time limit.

In other words, American Bridge is saying that Abraham campaigned on not taking a salary, but failed to say that he was only not taking a salary for the 2014-16 congressional term in office.  It should be mentioned that he did not tell his voting public that his salary commitment had changed when he ran in 2016.

It has been reported that he has asked the federal government to withhold his Congressional salary for the duration of the government shut down.

Is this a scandal that the Democrats will get mileage? Or, will it appear they are trying to hit Abraham on a unimportant issue?

For more information, read Tyler Bridges article on this subject.  Below is the email information from the American Bridge

American Bridge is launching a statewide digital ad buy this weekend targeting Congressman Ralph Abraham for breaking his promise to donate his congressional salary to help veterans and children with cancer.

Last night news broke that Abraham broke a campaign pledge to Louisiana voters to donate his entire congressional salary to St. Jude Children's Research Hospital and the Veterans Independence Fund. Abraham admitted to the Advocate that he had not donated his congressional salary for the last few years, as he had promised.

Depending on how many years he was breaking his promise to donate his salary, Abraham owes the Veterans Independence Fund and St. Jude’s Hospital anywhere between $348,000 and $696,000 according to calculations by Bayou Brief.

?Lyin? Ralph Abraham made a promise to donate ?every penny? of his taxpayer funded salary to help sick kids, and now he admits he broke that promise,? said American Bridge spokesperson Zach Hudson. ?Now people across Louisiana will see for themselves that Ralph Abraham is a lying politician who can?t be trusted to tell the truth, even to sick kids.?
You are now being logged in using your Facebook credentials
Read 1192 times Last modified on Monday, 21 January 2019 21:19
Tweet
Tweet
Published in Louisiana elections
Tagged under