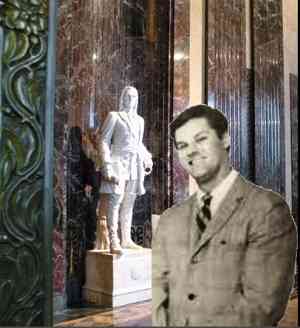 Qualification for this fall’s gubernatorial election is less than five months away.  So far, there are only two races at the statewide level that are competitive. The governor’s race always draws a crowd, with Governor Edwards being challenged so far by two major and well-funded opponents.  The other major contest pits the incumbent insurance commissioner in the run for his political life against well-funded newcomer Tim Temple. Incumbents in the other statewide offices have no opposition so far.

But can a statewide official ever end up being unopposed?  It rarely if ever happens. There are just too many political junkies in the state who know they can’t win and have little financial resources, but still get a kick out of having their name on the ballot. In recent memory, it happened one time back in 1983. Some guy named Jim Brown had no opposition in his effort to be re-elected as secretary of state.

Yes, I’m that guy.  I suppose I could say it was because I was doing such an outstanding job that no one wanted to challenge me.  And hey, I did feel I was doing a good job. But no one is indispensable or that lucky. It was more than that. Here’s what I really think.  It was karma. Predestination. Someone from a past life had set the stage for me to be unopposed. It was fate, so read on and see if you agree.

The first SOS was fluent in French. I’m far from fluent, but French was the language I studied in college, and I can certainly get by when I’m in Cajun country or in France.

And his name?  The first to serve in this important office?  The bible says the first shall be last and the last shall be first.  So will I surprise you? The name of Louisiana’s first Secretary of State was........JAMES BROWN.  And he served two terms.

Now you see why I was unopposed for re-election in 1983.