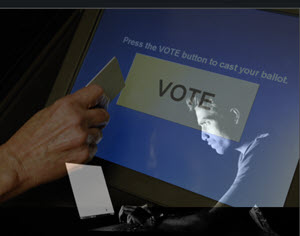 Current Secretary of State Kyle Ardoin is under attack by the Louisiana Democratic Party that is charging Louisiana’s elections are vulnerable to election fraud.  The party ‘s recent statement reads: “Louisiana is one of the most vulnerable states for election interference in the nation because Republican Secretary of State Kyle Ardoin has failed to address cybersecurity issues and has kept our out-dated voting machines at risk.”

Is there any truth to such charges?  I write with some knowledge of the voting system here in the Bayou State having served as Secretary of State for eight years. I have found little merit to such accusations. The current system works as well as any other state in the nation.

These “outdated” voting machines that so upset the state democratic party are actually less prone to a cyber-attack than the new systems that are used in many other states, since the Louisiana machines are not hooked up to the internet.

Rarely does an election take place down in the deepest of the deep southern states without allegations of some type of voter fraud. To this day, former Lt. Governor and gubernatorial candidate Jimmy Fitzmorris still sulks that his 1979 defeat in the governor’s race was caused by voter fraud. Republican Woody Jenkins still claims that his 1996 bid to defeat Senator Mary Landrieu was caused by a massive vote buying effort, particularly in New Orleans.

Vote buying and election fraud are, for all practical purposes, a thing of the past in Louisiana, although an occasional complaint is filed in local elections. But in days gone by, there were a number of creative ways to “stack” an election. Down in Plaquemines Parish below New Orleans, folks still remember the days of political boss Leander Perez, when there were often more votes cast than there were voters in the parish.

It used to be much tougher to absentee vote, with the average parish voting 5 to 10% absentee. When 40% of a parish voted before Election Day, you knew something was fishy. A local sheriff, or other official so inclined, would have his deputies haul voters into the courthouse. He would send in the first voter with a blank sheet of paper shaped like an absentee voter’s ballot. The voter was told to put the blank paper in the ballot box, then bring back the official but unmarked ballot. For this effort, the first and subsequent voters were paid the going rate, generally 10 to 20 dollars.

Another way to garner votes was to station a “helper” in the voting precinct to aid any voter who asked for assistance. Many less informed voters would say they needed aid and the “helper” was allowed in the voting booth with the voter. I remember back in one of my early races that a “helper” bragged to me after the election that I had received 217 votes out of 220 that were cast in a precinct where he was well known and who “helped” everyone that came in to vote. He had a big grin when he told me how he had assisted my campaign. My response: “What happened to the other three?”

The days of blatant and widespread voter fraud has been greatly curtailed, although not eliminated. The message to both democratic and republican party officials to keep a close eye on the election process. Former Governor Earl Long summed it up pretty well with two of his more memorable quotations: The first was “I can make them voting machines sing Home Sweet Home.” Since he controlled the election process back then, he probably could.

But his most endearing quote rang home to many Bayou State politicians. Uncle Earl’s missive was “When I die, I want to be buried in Louisiana, so that I can stay active in politics.”