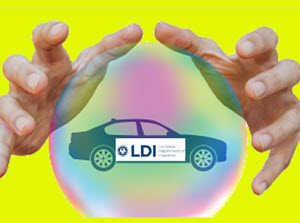 In the most recent statewide poll, conducted by JMC Analytics for the Louisiana Hospital Association, some 60% of voters remain undecided, a stunning low number at this stage of the election.  And even more surprising, the incumbent Commissioner Jim Donelon and challenger Tim Temple are in a dead heat, both polling around 20%.

Donelon has been around in public office for almost 50 years, is in his late 70s, and most political pundits predicted that he would not run again in this election cycle.  But he apparently can’t let go, so he’s giving it one more shot. Temple is the new kid on the block, having never served in public office before. But he is knowledgeable on key insurance issues, and well funded.  And with 80% of voters uncertain about Donelon’s effectiveness, Temple is making a charge to finish first.

It’s surprising that the electorate is not more focused on the insurance commissioner’s race.  It’s the only other contest on the ballot where an incumbent is facing a major challenge. And insurance is a sore subject to just about everyone in Louisiana, who for years have faced he highest insurance costs in the nation.  If the Bayou State were paying what the average southern state pays for insurance, policyholders would have some three billion dollars more in their pockets. Yes, that right. Three billion dollars more. And that ain’t chump change.

Donelon puts the blame for high automobile rates on the legal system, and particularly trial lawyers.   But a recent study by the U.S Chamber of Commerce’s Institute of Legal Reform that showed Louisiana within the national average when it comes to per capita cost of law suits involving auto accidents.

So why are auto insurance costs so high in Louisiana?  Here are some of the reasons. High automobile rates are a combination of the following:

First of all, we as a state are not very responsible drivers.  Louisiana has a disproportionate number of uninsured drivers, drunk drivers, untrained young drivers, speeding, running red lights, texting while driving, inattentiveness while driving, and a combination of all these factors that puts the Bayou State way below the norm when it comes to safe driving and enforcement of highway laws.  It’s going to take an Insurance Commissioner and a Governor to work together to develop a crackdown on irresponsible driving habits to see any significant drop in the cost of insurance.

Secondly, the insurance department, under Donelon’s watch, has become tolerant of insurance companies that discriminate against certain driving categories.  As an example, did you know that there is a “widow penalty” allowed by the Department of Insurance?  That’s right.  If you have lost your spouse, you are charged as much as 15% more for your car insurance by many companies operating in Louisiana.

If you are a blue-collar worker or if you do not have a college degree, a number of insurance companies operating in Louisiana charge you significantly more, by as much as 15%.  I’m puzzled as to that relates in being a safer driver. Wealthy drivers with a DWI pay less than drivers with a spotless record but a low credit score.  And in numerous cases, African Americans pay significantly more, as much as 70%, for their car insurance than whites according to the Consumer Federation of America.

Donelon is on the defensive for many of the reasons listed, but incumbency still carries sway in the Bayou State.  There is no democratic candidate running, so democratic voters will be decisive as to who the winner will be. With Tim Temple on the attack and a huge undecided electorate, this race will be one of the most interesting to watch on election night.

More in this category: « Transcript of Louisiana Governor Race debate: Vaping, budget and corporate taxes Despite Rispone's attacks, Abraham vows to take high road in Governor's race »
back to top